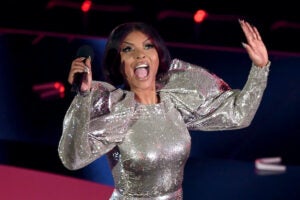 Why Gaming Social Network Enthusiast Wants to Be on NASDAQ

”I imagine there are more people waiting on the liquidity to buy, then there are waiting for liquidity to sell“ Enthusiast Gaming stock, investor Chris Jarrous tells TheWrap

The Toronto-based company, founded in 2014 by Menashe Kestenbaum, is hoping to raise the company’s profile and attract new investors, CEO Adrian Montgomery explained . While Enthusiast Gaming has a monthly audience of roughly 65 million people viewing its content across 100 websites and 1,000 Youube channels, the company isn’t yet a household name and has yet to pitch every high-profile tech investor.

In entering the NASDAQ market, Enthusiast is pursuing a dual listing to maintain trading in Toronto under its existing ticker symbol. The Canadian stock market is valuable to Enthusiast but the majority of investment there isn’t focused on technology, Montgomery said, so the company hopes to capitalize on NASDAQ dominance in tech stocks.

At the time of its IPO in Canada, Enthusiast sold roughly 400,000 shares and was valued at $1.9 million. Montgomery wouldn’t share what its planned NASDAQ valuation, but said that Enthusiast won’t seek to raise money with the listing.

“We don’t have a similar VC culture in Canada like you have in the States,” Montgomery said. “When small companies have great ideas and ambitious plans, the first thing they do to seek capital, in Canada, a lot of times is to go public… for Canadian companies, oftentimes it’s the only place for them to go.”

Montgomery said Enthusiast’s audience is mostly outside Canada. “Enthusiast gaming has 65 million viewers every month in the U.S., the companies that we work with are predominantly in the U.S., so are the esports teams that we own,” Montgomery said. “We live here (in Canada), but we’re really global and the NASDAQ is the next step on that journey.”

Chris Jarrous, a partner at investment firm Dunlap Equity Management who became an investor in Enthusiast Gaming in August, said a NASDAQ listing adds to a company’s street cred, especially in international markets. “The NASDAQ has got more liquidity, it’s got more eyeballs on it, and it has the signal of higher quality companies,” Jarrous said. “It’s a lot easier for people to get comfort in the company that’s traded here in the U.S., and once they do, there’s feedback and it’s easier for more people to buy.”

While a stock exchange listing isn’t always a golden ticket, Jarrous said it’s hard for him to envision the NASDAQ debut going badly for Enthusiast — especially since the company isn’t looking to raise money with the listing, so it also doesn’t stand to lose much. “Given that they have that tailwind behind them and that business momentum, it’s hard to see how listing in the U.S. would be a negative, because I have to imagine there are more people waiting on the liquidity to buy, then there are waiting for liquidity to sell,” Jarrous said.

Enthusiast owns several gaming media outlets, including Destructoid, which it bought from founder and freelance journalist Yanier “Niero” Gonzalez in 2017, and Escapist Magazine, purchased from Defy Media in July 2018. The company also operates a fan site for Electronic Arts’ “The Sims” game, called The Sims Resource.

The Sims Resource generated $1.7 million in Q2 revenue and prompted Montgomery to pursue offering more subscriber content. He hopes a NASDAQ listing will open the company up to more U.S.-based media companies for potential partnerships. Enthusiast Gaming has bought out 12 companies in the past three years, all related to gaming or esports content — most recently, it purchased Omnia Media for roughly $34 million in August.

Jarrous said that Enthusiast’s ability to offer stock to potential content creators or partners could help the company forge deals that bring its content into the mainstream. A dual listing helps Enthusiast gain “a little gloss, being on NASDAQ relative to Canada. If you want to go and find some content creators, and they see that they can invest in your stock, or get options in your stock and here in the U.S. It’s relatively liquid, that makes a big difference,” he said.