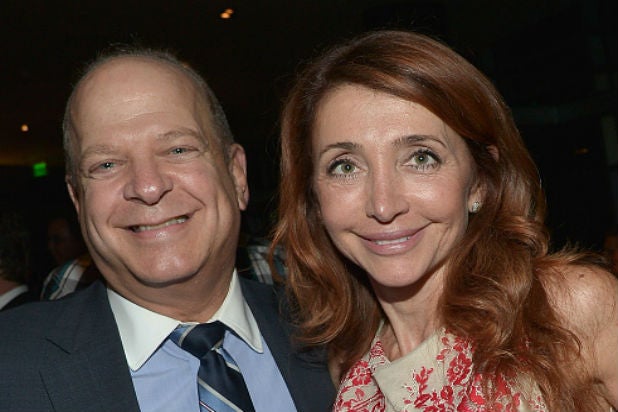 The Weinstein Company’s distribution president Erik Lomis is not renewing his contract and will be joining Megan Ellison‘s Annapurna Pictures in an unspecified senior executive role, individuals familiar with the situation have told TheWrap

It’s currently unknown how much time is left on the executive’s current deal. He has been at the company since 2011.

As a veteran theatrical head, Lomis would presumably offer Ellison and her stable of executives guidance on a potential distribution arm to her exiting creative output.

Prior to joining TWC, Lomis was president of worldwide theatrical distribution, home entertainment and acquisitions at MGM. Prior to MGM, he headed the national film department at United Artists Theatres, and before that served as the head film buyer at Sameric Corp. in Philadelphia, where he also oversaw real estate development.

Lomis most recently took on the daunting task of finding and servicing 200 70mm film projectors this Christmas for the roadshow unveiling of Quentin Tarantino‘s “The Hateful Eight.”

Lomis, well-liked and known as a straight shooter, worked for almost a year refurbishing the antiquated projectors in a warehouse outside Los Angeles. “Hateful” went on to win an Oscar for Ennio Morricone’s original score, and landed Jennifer Jason Leigh a Best Supporting Actress nod.

Throughout his tenure at the studio, Lomis shepherded the release of titles like “Lee Daniels‘ The Butler,” “August: Osage County,” “Silver Linings Playbook” and “The Artist.”

News of Lomis’ departure comes six months after the dramatic almost-exit of the studio’s COO and President David Glasser.

Also Read: David Glasser to Remain at Weinstein Company Through 2018

Glasser tendered his resignation to TWC head Harvey Weinstein, shocking many in the industry after contract negotiations between the longtime colleagues had stalled, TheWrap reported at the time.

In September, Glasser and Weinstein surprised again by announcing that  Glasser would remain in his current position through 2018.

What's the big deal, anyway? Here are 10 other movies that share the same title