When the story of how a movie is made is more interesting- or at least more frequently discussed — than the one it’s telling, that’s a generally bad sign. And “Escape From Tomorrow” is unfortunately no exception.

What’s far more compelling than its nightmarish midlife crisis is the filmmakers’ decision to shoot it at Disney World, without permission, and manage to get it released theatrically without violating copyrights or otherwise facing legal issues from the theme park. The superficial appeal of stolen shots from within one of the most carefully guarded tourist destinations in the world notwithstanding, writer-director Randall Moore’s film feels, quite frankly, like a Disney-fied version of a David Lynch film, exposing the underbelly of an American institution without offering any sort of real critique and featuring characters too unlikeable to care about. 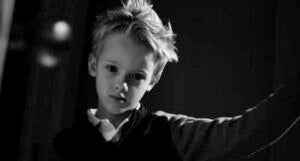 Roy Abramsohn plays Jim, a husband and father who learns on the last day of his vacation that he’s been fired. Determined to enjoy his family’s final hours at Disney World, he gathers up his wife Emily (Elena Schuber) and two kids and starts queueing up for rides but quickly finds himself distracted by two French teenage girls who always seem to be nearby.

Beginning to experience strange and dangerous visions on even the most benign rides, Jim soon starts to question his sanity, even as women at the park provide him with constant temptation.

See video: Disneyland Is Far From Happy in First ‘Escape from Tomorrow’ Trailer

Because of its clandestine production, the film drew a considerable amount of hype at the 2013 Sundance Film Festival, not the least of which out of fear that it would never secure distribution. But much like the paranoia of lawsuits from Disney proved to be unfounded (fair use protects the filmmakers, who only once directly mention the company), Jim’s frightful journey climaxes in a shallow pool of superficial fears, and the film’s critique of corporate homogeneity is obvious and toothless.

Moreover, Moore seems uncertain whether his priority is indicting Disney or chronicling a bored husband’s flirtations with infidelity, resulting in an unfocused portrait of the park as a prison or narcotizing influence, as well as a deeply unflattering portrait of a philanderer and borderline pedophile.

That said, the movie stacks the deck to make Jim more sympathetic, first by pairing him with a shrewish complainer in Emily, and then by suggesting he’s the one visitor who knows “the truth.” But does having a whiny wife who refuses public displays of affections earn a husband the right to seek sexual gratification elsewhere, much less with a pair of teenagers? And secondly, what exactly is the “truth” that he seems to be discovering?

There’s a sequence in which Jim’s taken into the bowels of the park and interrogated/ experimented on by a scientist who claims Disney has no knowledge of, but even when the scientist insists that he’s trying to help him, it’s unclear precisely why, or how.

Amidst its larger critique of theme parks and the sunny complacency they seem to inspire in their visitors, Moore additionally peppers into the story a variety of well-known and made-up urban-legend type conspiracies, such as Disney’s concealment of deaths within the grounds, and employment of the park’s princesses as high-priced prostitutes for Asian businessmen. What these theories have to do with Jim’s mental deterioration is never fully explained, even when they are turned into plot points; instead, they serve as dream sequences or hallucinations that peter out and go nowhere, failing even to embody simple psychological preoccupations that could evidence primal fears or insecurities.

That said, the film’s technical bona fides are admirable given the limitations of budget and access — demanding that several sequences be shot later via green screen, and definitely not on location at the park. And its black-and-white cinematography effectively desaturates Disney World into a bland, unforgiving landscape of endless lines, indistinct eateries and lowest-common-denominator merchandising.

But at a tight 90 minutes, it somehow manages to feel both too long for the story it’s trying to tell (especially without discernible clarity of purpose), and oddly incomplete. Conversations that begin in one scene transform into other ones in the next, potent set pieces devolve into non sequiturs, and important epiphanies are forgotten or just plain ignored.

If Moore’s ultimate takeaway is that for every family that departs a theme park, there’s always another one arriving to replace it, no one needs a feature-length, narrative to appreciate the soulless, indefatigable mechanics of corporatized entertainment. Moreover, “sticking it to the man” is meaningless if your message isn’t clear, much less if the man’s boilerplate is more effective than your efforts to dismantle it.All of which is why, from a production standpoint, “Escape From Tomorrow” tells a great story, but on its artistic merits, it falls short.

Reportedly, Moore’s next film is to be a quiet period piece. While it would certainly be intriguing if he and his collaborators built a time machine in order to accurately capture the details of the time period, for audiences’ sake, I’d prefer if he just built sets and tried for emotional — or even conceptual — authenticity instead.