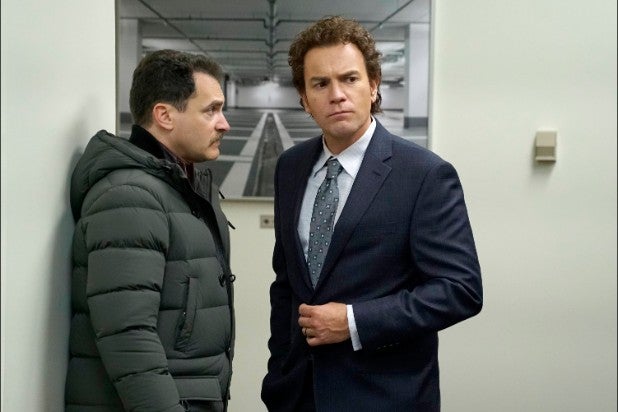 Any viewers who had a tough time processing the latest “Fargo” death can take solace in knowing that Ewan McGregor feels their pain.

Dearbhla Walsh, who directed the May 24 episode, tells TheWrap that the actor was “shocked” and “heartbroken” to read the script and realize that it included the death of Ray Stussy, one of two characters he plays on Season 3 of the Noah Hawley-created FX series. The episode featured Ray and brother Emmit tussling over their inherited stamp, with the glass frame breaking and a chard lodging in Ray’s neck.

“Everybody [involved with the show] had fallen in love with Ray,” Walsh says. “And Ewan himself was very sad that Ray was going to die. … Everybody was shocked to read about Ray and [was] going, ‘Oh, my God, Noah — how can you kill one of your most-loved characters?'”

Walsh says that an emotional McGregor told her during the shoot, “I’m going to miss this guy.” She praises McGregor and co-star Mary Elizabeth Winstead (Nikki) for their “great chemistry” and adds that the two cast members were disappointed to no longer share many scenes together.

Shooting the death scene took two days and was quite an undertaking for Walsh and the team, especially since McGregor typically wouldn’t film as both Ray and Emmit on the same day. The actor opted to film as Ray for the first day, which allowed him to react to the footage of the death while shooting as Emmit on the next day.

Also Read: 'Fargo' Season 3: Every Character Ranked, From Least to Most Incompetent (Photos)

“A huge amount of preparation went into [the scene], from the storyboarding, to the technical research [about spurting blood], to the rehearsals and then the execution, with a lot of different angles to get,” says Walsh, an Emmy-winning director who has also helmed episodes of “Penny Dreadful” and “The Tudors.”

Walsh had initially scripted Ray’s death to be in slow-motion, but she ultimately decided that this didn’t feel right.

“It doesn’t fit in with the Coen [brothers’] cinema and language, and it’s not the point. This freak moment happens, but the real horror of the story is that Emmit doesn’t step in to save his brother, that he’s absolutely paralyzed by the shock of what happens,” she explains.

The director points out that they were careful to accurately depict what it would look like for someone to get stabbed in the neck, and that she strived to show restraint with the blood: “We didn’t want it to be a gothic horror scene because the horror is more the emotional horror than the graphic horror.”

Walsh, who also directed the May 17 episode, says that Hawley gave her three pointers before she got started.

“Noah’s key notes are using the camera to tell the story — and he absolutely hates melodrama, so no melodrama,” she says. “Also, if something makes you laugh when you read [the script], and then you’re on the [set], and it doesn’t make you laugh when you’re directing it, he says that’s a really good sign.”