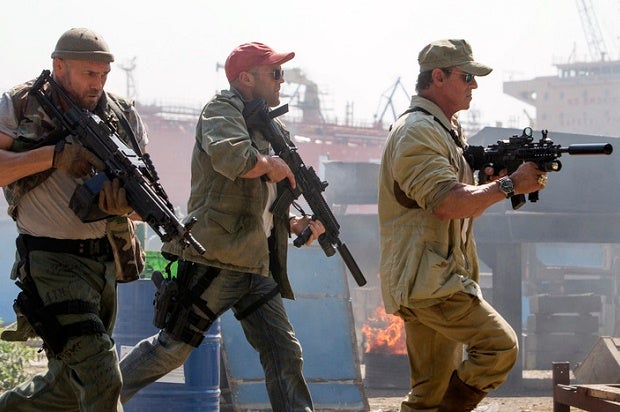 Two men have been arrested in the U.K. on suspicion of leaking hacked copies of would-be blockbuster The Expendables 3” online before its release, London Police said Tuesday.

“The Expendables 3” opened to $15.8 million in the U.S., well below expectations for the $90 million ensemble action film starring Sly Stallone, Arnold Schwarzenegger and Jason Statham. The downloaded copies were viewed hundreds of thousands of times, police said.

Also read: How Much 'Expendables 3' Box-Office Booty Will Pirates Take?

“The Expendables 3” wound up grossing $39 million in the U.S., less than half of what the preceding films in the franchise brought in. It’s made $166 million overseas, also significantly behind the series’ earlier films.

The investigation was launched following a referral from Lionsgate. The two men were taken to local police stations for questioning.

“Today’s operation shows you the significant impact intellectual property crime has on our creative industries, with millions of pounds being lost as a result of criminal actions,” said Danny Medlycott, detective and chief inspector of Police Intellectual Property Crime Unit.