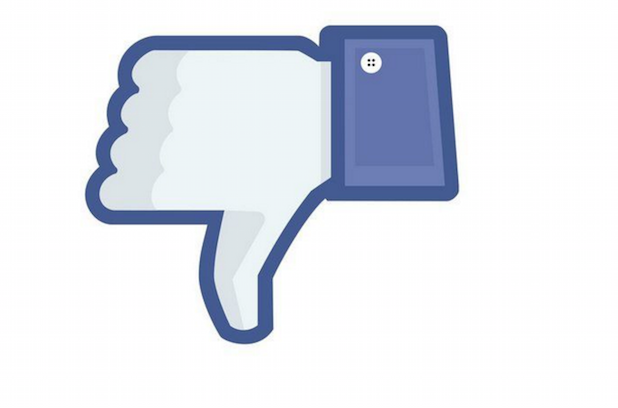 For the last two years, Facebook has been inflating the amount of time people spend watching videos, according to information unearthed in a Wall Street Journal report and confirmed by The Wrap.

The social media company has been giving its advertisers and video producers average viewing times that are 60-80 percent higher than the real numbers. In calculating average time spent viewing videos, Facebook wasn’t including views under three seconds — of which there are, apparently, many.

In a blog post, Facebook VP of business and marketing partnerships David Fischer said that Facebook discovered the calculation error a month ago and notified its partners, and that it didn’t affect any billings for advertisers.

But for online publications struggling to survive by making lots and lots of videos, this is a huge deal.

For the average Facebook user, it’s not really a problem. It merely means that people are scrolling past many of the videos that are being placed in their feed. If you’re annoyed by the constant stream of autoplaying videos popping up, you might feel a little smug at knowing you probably aren’t alone.

“Whether that is something users really prefer, none of us will be able to actually know,” Chris Gilbert, senior social strategist at New York ad agency Kettle, told TheWrap. “Facebook owns the algorithm that puts things in front of you, and they can change that based on whatever they want.”

But for online publications who are hiring and firing editorial talent, and allocating budgets based on how much people are or are not watching video content, the big mismatch is a blow.

Facebook is pushing video so hard that it has inked million-dollar deals with various online publishers like the New York Times, BuzzFeed and Mashable, giving the publications much-needed cash in exchange for creating a specified number of Facebook Live videos.

The New York Times put together a six-person team devoted exclusively to making Facebook Live videos. The Times had no comment on the WSJ report about inflated viewing time, but Public Editor Liz Spayd wrote a sometimes scathing column about the Times’ Facebook Live efforts in August.

“It’s as if we passed over beta and went straight to bulk,” Spayd wrote. “What I hope is that The Times pauses to regroup, returning with a rigor that more sharply defines the exceptional and rejects the second-rate. After all, the world has a glut of bad video and not enough of the kind The Times is capable of producing.”

Mashable laid off more than two dozen editorial staffers in April in a bid to “restructure” its editorial operations to be more focused on video production. It promptly began hiring video producers.

Journalists, naturally, were furious at the Journal’s revelation, taking to Twitter to vent their frustrations. They’re a biased group, but it is their livelihood that is at stake. Being displaced by a medium based on a metric that has been way oversold is a tough pill to swallow.

So, why has Facebook been pushing video so hard? Does it truly believe that video is the future of communication, and the way people prefer to receive information?

Maybe. But the more direct reason is simple: Advertising money.

Ads that consist of “sight, sound and motion” — a.k.a. video — command premium prices because they’re more effective. This is why, despite shrinking live audiences, television ads can be some of the most expensive media around.

As such, Facebook has been attempting to horn in on TV advertising budgets with its own offering of sight, sound and motion.

But the absurd miscalculations that Facebook has been doing for the past two years mean that publishers have been basing financial decisions on inaccurate numbers, possibly leading to serious misallocation of resources.

The response from advertisers themselves, though, was more akin to a shoulder shrug. “My reaction was relatively nonplussed,” Richard Tubman of creative agency Cutwater told TheWrap.

Although some ad world big dogs like GroupM and Publicis Media were displeased, according to the Journal story, many other smaller players felt the same as Tubman.

“I was surprised WPP would say this is bad, because they are probably not buying on time viewed,” Zbig Barwicz, CEO of digital video app dubdub told TheWrap. Instead, advertisers in the digital world judge ad campaigns on how many people clicked through or bought something as a result.

However, Barwicz added, the source of the big dogs’ ire likely comes from the attempted use of a TV-like measurement that ended up being inaccurate.

There are other metrics that are more important to advertisers. Time spent viewing, to the enlightened digital marketer, is a “vanity metric,” like “likes” or “shares.”

“In a way, maybe this will be the big shake-up the industry needed to go, ‘Hey, maybe we should invest in actual research here,'” Gilbert said.

Even in the ad world, digital remains a murky business, full of strange words and concepts like “programmatic” (ad buying done via software). Social media is even worse, with too many people on both the ad sales and client sides focusing on those likes and shares and time spent viewing.

“Time spent is kind of important in that it’s the metric that’s been driving some marketers and publishers,” Gilbert said.

And that’s why, despite indications that demand for video content isn’t quite as high as Facebook was claiming, no one is going to pull back in a significant way on video ad spend or video production.

“Once all is said and done, Facebook has an infrastructure and a scale that you can’t miss out on,” Gilbert added.