Universal didn’t immediately respond to a request for comment.

The “Fast and Furious 10” is planned as next-to-last chapter in the story of Dom Toretto and his chosen family of criminals-turned-superheroes, with the series to end with the 11th movie. Justin Lin, who turned the series into a global powerhouse starting with 2006’s “Tokyo Drift” and directed all but two subsequent installments, including this year’s “F9,” is expected to direct both 10 and 11. 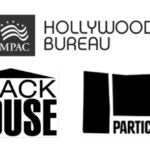 Of course the film is, as we noted, still untitled. But the series has a fun history, namewise. “The Fast and Furious” was the rather straightforward title of the 2011 original. The sequel, directed by John Singleton, had the amusing and often parodied “2Fast 2Furious.” This was followed by “Tokyo Drift,” “Fast and Furious,” “Fast Five,” Fast and Furious 6,” “Furious 7,” “The Fate of the Furious” (Get it? F8?) and last year’s “F9.” What we’re saying is, “Fur10us is just laying there begging to be used. Make our dreams come true, Universal.

“F9” opened in May internationally and in June in the United States, and earned an impressive $681.5 million worldwide despite the still ongoing COVID-19 pandemic.