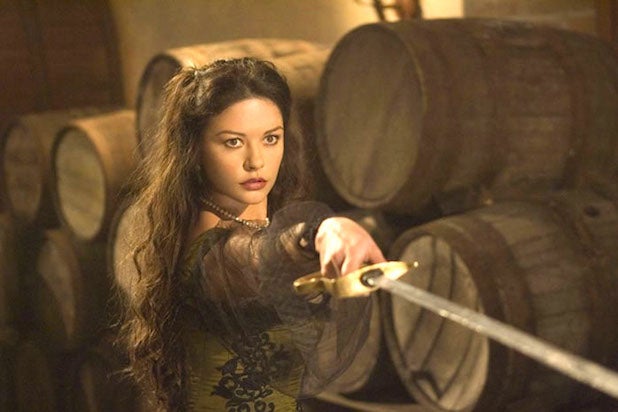 CBS TV Studios is in development on a female-led reboot of “Zorro” as part of a first-look deal with Propagate, the production company run by Ben Silverman and Howard Owens.

The first-look agreement covers scripted projects from Propagate as well as its subsidiaries Electus and Big Breakfast, across all platforms.

The “Zorro” re-imagining will be written and executive produced by Alfredo Barrios Jr. It is described as a modern-day retelling of the Zorro mythology that follows Z, a female descendant of warrior bloodline, who will go to great lengths to protect the defenseless in her community. The project is currently set at NBC.

“Zorro” has been adapted for the screen numerous times, mostly for the big screen. Douglas Fairbanks, Antonio Banderas and Alain Delon have all played the masked hero. There was also a “Zorro” TV series that aired in the 1950s.

Additionally, Propagate is in development on two other projects: “Home,” also set at NBC, from “Queen of the South” writer Jorge Reyes, and an untitled series from Melissa Scrivner-Love, which is set up at CBS. “Home” follows a wealthy Puerto Rican family whose lives are upended when the daughter unexpectedly gains control of the family empire following the death of the patriarch.