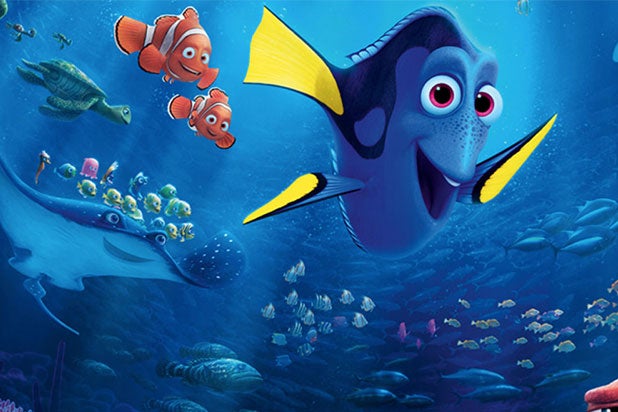 “Dory,” a sequel to “Finding Nemo,” crushed previous Pixar opening performances, including $4 million for “Toy Story 3” and $3.7 for “Inside Out.”

“Finding Dory” is expected to open with an estimated $125 million, and is fighting for the position of the top opening for animated film of all time, currently held by “Shrek the Third” with $121.6 million. If it beats the opening of “Toy Story 3,” which earned $110 million in 2010, it would at least break a Pixar record.

The sequel comes 13 years after “Finding Nemo,” which opened to $70.2 million and has grossed $936.7 million worldwide since.

Heading into the weekend, the film is projected to earn $35 million.

Also Read: 5 Reasons Why 'Central Intelligence' Might Blow Past Expectations

“Central Intelligence” is about a man named Calvin (Hart) whose life didn’t turn out the way he had anticipated. Enter Bob Stone (Johnson), Calvin’s once-bullied high school classmate turned CIA agent. Bob enlists Calvin to help him on a top-secret mission, causing all sorts of ruckus.

The action-comedy now has a score of 60 percent on Rotten Tomatoes, and social media hype has been strong — Johnson and Hart asked for video reactions of fans after the Thursday night showings.