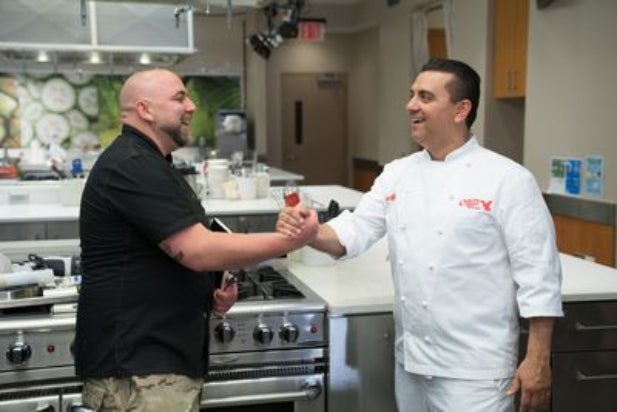 Food Network has ordered a second, longer season of “Buddy vs. Duff.”

The series follows reality stars and bakers Buddy Valastro and Duff Goldman, who face-off in an epic baking battle for the chance to be crowned the undisputed king of cake. The first season was six episodes in length, with Goldman taking the title. The second season has been extended to eight episodes.

Production begins this week on the new season, which will “challenge every aspect of what it means to be a true pastry artist and cake master,” according to Food Network.

“Audiences were captivated by the real-life rivalry between Buddy and Duff, the extraordinary intensity of the competition and the exquisite works of art created by these two titans of baking,” said Food Network president Courtney White. “As the biggest names in cake, they have a lot at stake in the competition and will lay it all on the line to prove they are the best in the business.”

“Buddy vs. Duff” is one of five shows that Goldman has in rotation with Food Network. His others are “Duff Takes the Cake,” which finds the “Ace of Cakes” star creating next-level cake creations to celebrate important milestones for people doing good in their communities, “Spring Baking Championship,” in which 10 bakers face a panel of judges, as well as “Kids Baking Championship” and the seasonal “Holiday Baking Championship.”

Valastro is known for his Food Network series “Cake Boss,” as well as “Bake It Like Buddy,” “Cooks vs. Cons,” “Bakers vs. Fakers,” and “Kitchen Boss.”