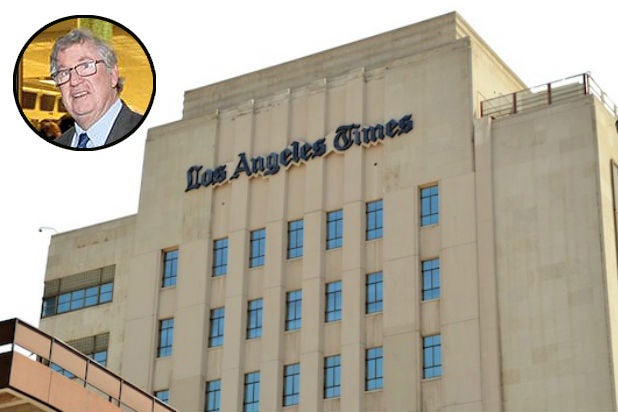 Former columnist T.J. Simers has won a $7.13 million lawsuit against the Los Angeles Times after he claimed the paper forced him out due to his age and a disability.

A Los Angeles Superior Court jury made the decision Wednesday following two days of deliberations, after a six week trial in the case brought by 65-year-old Simers against his ex-employer.

Simers, who was a prominent columnist for the paper’s sports section, said he had been discriminated against due to his age and because he suffered a minor stroke in Phoenix while covering the Dodgers’ and Anaheim Angels’ spring training.

He filed the lawsuit against the paper in 2013, claiming it pulled the plug on his lengthy career after he was diagnosed with complex migraine syndrome, a “serious disability.” He alleged that the paper used his disability as an excuse to make working conditions miserable, putting his writing under increased scrutiny, cutting his columns from three to two a week and then exiling him to the assignment desk as a blogger, according to the claim.

Simers also said that the newspaper lined up a columnist who was roughly half his age, Dylan Hernandez, a Dodgers beat writer for the Times, according to the Courthouse News Service.

In a story published on The Times website Wednesday evening, a spokeswoman said the paper plans to appeal.

“We believe the allegations Mr. Simers made against the Los Angeles Times are unfounded, and we are filing an appeal,” said Hillary Manning. “Our editors acted to protect the integrity of the newspaper and to uphold fundamental principles of journalistic ethics. We will continue to work through the legal system to resolve this matter.”

The paper said the real issue in Simers’ case was that he failed to fully disclose his relationship with a television producer who made a short video featuring the columnist, his daughter and NBA star Dwight Howard. The Times alleged that Simers concealed that he and producer Mike Tollin had a business relationship and were trying to develop a TV project.