Ahead of their Upfronts presentation Monday in New York, Fox stood by its decision to put Rudy Giuliani into its “The Masked Singer” competition.

Fox executives were asked on a conference call with reporters if they had any regrets about putting Giuliani, a 2020 election denier, on the show.

“‘The Masked Singer’ is all about delivering jaw dropping moments, which is exactly what the casting accomplished and whether it was on set or was it viewers at home,” he continued. “I suppose my only regret or surprise was obviously that the reveal was spoiled.” 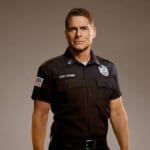 The former New York City mayor-turned-Donald Trump lawyer, was the first contestant eliminated from Round 3 of the competition after a rendition of George Thorogood’s “Bad to the Bone.” He was behind the Jack in the Box costume as a member of Team Bad.

Giuliani’s reveal ruffled some feathers. In February, there were reports that unmasking sparked walkouts from both Ken Jeong and Robin Thicke. However, in the actual airing of the episode, both judges remained in the studio at the unmasking.

When Giuliani began giving his encore performance (as is standard after contestants are revealed), however, Jeong decided he’d had enough. “I’m done,” he said as he walked away.

The edit did not make it clear if Thicke stayed behind.