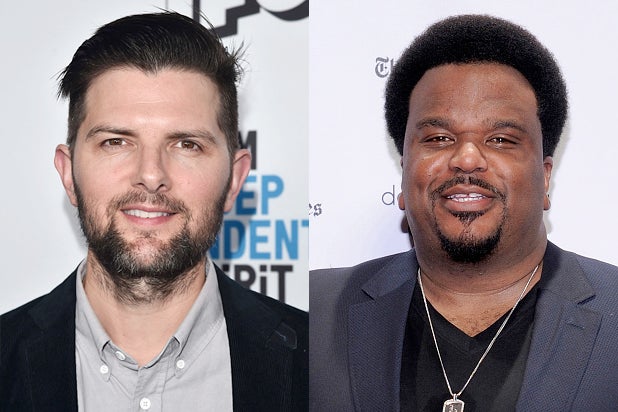 Fox has ordered a pilot for a paranormal comedy series starring Craig Robinson and Adam Scott, TheWrap has learned.

Currently titled “Ghosted,” the single-camera series would follow a cynical skeptic (Robinson) and a genius true believer in the paranormal (Adam Scott), are recruited by The Bureau Underground to look into the rampant unexplained activity in Los Angeles, all while uncovering a larger mystery that could threaten the existence of the human race.

Robinson and Scott will serve as executive producers on the project, along with Naomi Scott, Oly Obst and Mark Schulman.

Tom Gormican will write and executive produce the pilot, while Kevin Etten will executive produce and serve as showrunner. 3Arts and Gettin’ Rad Productions will produce in association with Twentieth Century Fox Television.

The series sounds like a comedy version of “X-Files,” which might hold over fans of that series while the network works out schedules with series creator Chris Carter and stars Gillian Anderson and David Duchovny.

This is the third comedy pilot Fox has ordered this season. The network previously ordered “Thin Ice” from “New Girl” creator Liz Merriwether, which follows a woman who travels to Antarctica and must contend with a crew of misfits.

Earlier this week, Fox ordered “Linda From HR,” a single-camera comedy about a human resources rep whose life descends into a dangerous tailspin of balancing work life, home life and a secret that could unravel everything.