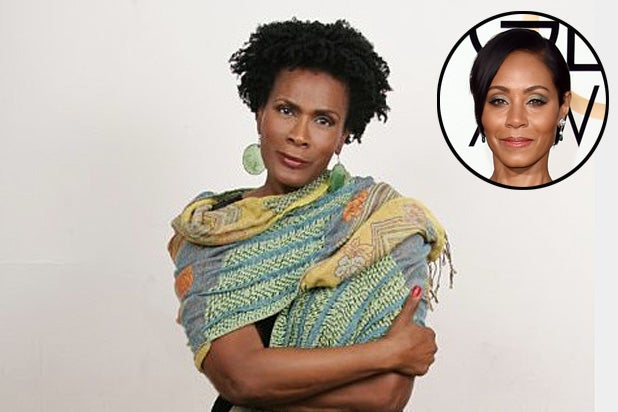 “Fresh Prince of Bel-Air” actress Janet Hubert went after Jada Pinkett Smith yet again on Wednesday, regarding the “Matrix Reloaded” star’s Oscar boycott over the lack of diversity among the acting nominations.

After going on a four-minute video rant via Facebook that went viral on Monday, Hubert has now accused Pinkett Smith of being “a pretend freedom fighter.”

“I was looking at this ridiculousness people called a historic moment and I was annoyed,” she told the Los Angeles Times. “I was annoyed because it dilutes the movement when you only stand up for yourself.

“I’m a real freedom fighter. I’m not a pretend freedom fighter. I stand up for other actresses, other people,” Hubert continued. “The Smiths just irked me because they are such pretenders, and everything is a photo op,” she said, also attacking her former “Fresh Prince” co-star Will Smith.

“It’s just self-contrived because her hubby didn’t get a nomination.”

On Monday, the actress who played Aunt Viv on hit ’90s comedy, wrote a scathing message aimed at Pinkett Smith: “There’s a lot of sh-t going on in the world that you don’t seem to recognize. People are dying, being shot left and right, people are hungry, people are trying to pay bills — and you’re talking about actors and Oscars. It just ain’t that deep.”

Hubert has had a long-running feud with Will Smith since their days on “Fresh Prince,” and she has accused him of having her kicked off the NBC show in 1993. “[Smith] said ‘we’re just gonna replace her and act like nothing happened,'” she told The Huffington Post in May 2013.

She touched upon the falling out with Smith in her latest L.A. Times interview, detailing the “struggle to take my reputation back from someone who purposefully destroyed it and would not stand up — and I’m listening to [Pinkett Smith] say, ‘Stand up and boycott the awards.’ Nobody cares.”

As to why she doesn’t think the Oscars boycott is “that deep,” Hubert proclaimed: “We are not brain surgeons. We are not curing cancer. We are not finding the next cure for Alzheimer’s. We are simply and merely entertainment. We take on and wear the masks of characters. That’s what we’re paid to do.

“Someone like Will Smith has not come up through the ranks like most actors, so for him to be complaining the most is the most ridiculous thing I have ever seen.”

Hubert said that while we need to address the diversity issue, we need to tackle colorism within the black community first. “I’m called ‘dark-skinned Aunt Viv.” [Daphne Reid] is called ‘light-skinned Aunt Viv.’ The whole ridiculousness of black Hollywood — there is no black Hollywood. It’s every man for himself. We’ve got to address that first before we can start attacking someone else’s awards that were never designed for us.

“The Oscars were never designed for us. There are actors who have never gotten an Oscar and have done amazing work,” she continued. “If you are waiting for an award of a little … gold statue and that’s supposed to validate you, then you’re not in this business for the right reasons.”

She went on to criticize the Smiths for not doing enough to help struggling black actors, like Tyler Perry and other African American stars have. “Everyone is struggling to get to where Mr. Smith and where Mrs. Jada Pinkett Smith are. I have more respect for her because she’s come through the ranks. [But] y’all are at your mansion in a gilded cage standing up there with billions of dollars in the bank,” she said. “You could do more for the industry and for black Hollywood than anyone could.”