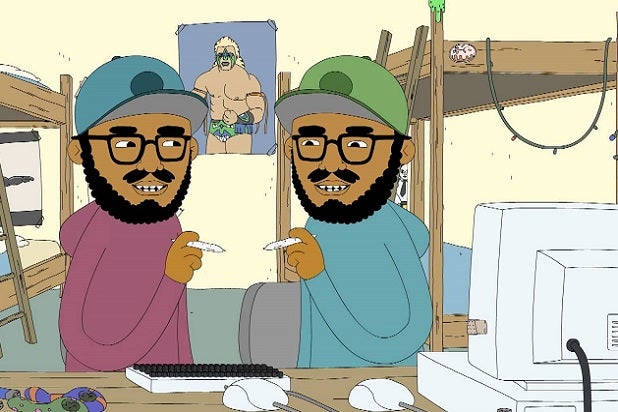 The animated block will be previewed Jan. 1 at midnight, following FXX’s New Year’s Day marathon of “The Simpsons,” before officially launching Jan. 22, airing Thursdays at midnight.

“Lucas Bros. Moving Co.” (pictured above) stars comedians and identical twins Keith and Kenny Lucas, who launch a moving company in the Greenpoint neighborhood of Brooklyn after they inherit their uncle’s van. The cast also includes Jerrod Carmichael and Hannibal Buress.

“Stone Quackers,” which is executive produced by John C. Reilly and Ben Jones, centers on the duck denizens of Cheeseburger Island, who endure hardships ranging from hurricanes, severed heads to dangerous hot dogs and the shame of being alive.

“Based on the successful launch of ‘The Simpsons’ on FXX, this is the perfect time to expand our animation offerings and make FXX the afterhours destination for animated shorts and series,” Chuck Saftler, President of Program Strategy and COO, FX Networks, said of the block.