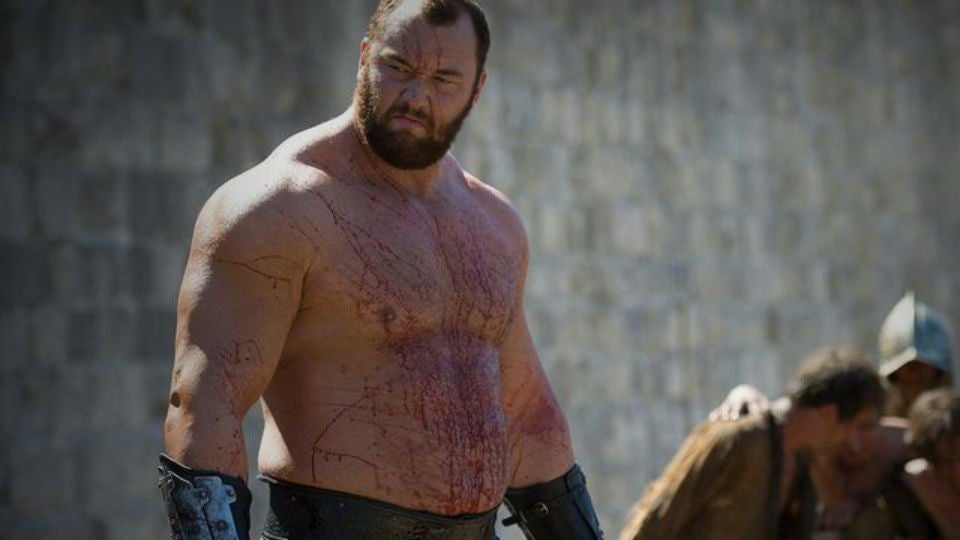 Hafþór Júlíus Björnsson, who plays Ser Gregor “The Mountain” Clegane in “Game of Thrones,” has been named the strongest man in the world.

Björnsson won the annual World’s Strongest Man competition in the Philippines on Saturday after competing in various tests of strength over two days. According to Entertainment Weekly, events included pulling a bus, in which he came second. Ultimately, he racked up enough points to score the title.

Björnsson took to Instagram to post a picture of himself on the podium, holding the gold trophy.

THE WORLD’S STRONGEST MAN 2018! ???????? . . Want to thank all of my family, friends and fans for supporting me along the way. . Special thanks to my coach @australianstrengthcoach and my nutritionist @stanefferding . . Also want to thank my sponsors, @kjotkompani @sbdapparel @roguefitness . . Congratulations to @kieliszkowskimateusz and @shawstrength for their second and third finishes! . #numberone

“Want to thank all of my family, friends and fans for supporting me along the way,” he wrote. “Congratulations to @kieliszkowskimateuszand @shawstrength for their second and third finishes!”

Although this is the first time Björnsson has won the title of the world’s strongest man, he’s set strongman records before. Recently, he deadlifted more than 1,000 pounds. He is also the first person to have ever won the Arnold Strongman Classic, Europe’s Strongest Man and World’s Strongest Man in the same calendar year.

Björnsson will reprise his role as Ser Gregor in the final season of “Game of Thrones,” which will air on HBO in 2019.

See photos of Björnsson pulling a bus below.

LOOK: The Bus Pull kicked off the last day of The @WorldsStrongest Man at the Diliman campus of the University of the Philippines! Two more events remain to determine who will win the title! #WSM #itsmorefuninthephilippines pic.twitter.com/lUr9esnHLb