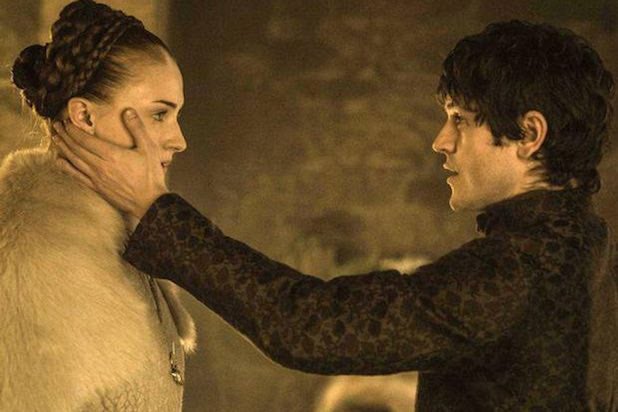 “Game of Thrones” once again turned off some viewers for depicting rape on Sunday, but the actress who played the character being sexually assaulted “loved” the scene.

Fans, including a U.S. Senator, took to Twitter after Ramsay Bolton (Iwan Rheon) forced himself upon his new wife, Sansa Stark (Sophie Turner), in the sixth episode of Season 5, in which Stark marries into the family that now controls The North — her former home.

See video: 'Game of Thrones' Nikolaj Coster-Waldau on Why He Hates Spoilers, Backlash Over That Infamous Cersei Sex Scene

Note: FURY ROAD is an R-rated movie w/ a sexual slaver villain yet Miller & co. didn’t feel the need to include a rape scene. #GameOfThrones

Ok this is never meant to happen to Sansa Stark. @GameOfThrones is about to lose me. #TheNorthRemembers #GameofThrones

Turner, however, felt differently upon reading how her character would be treated by Bolton, who has already been established as a very sick, twisted and abusive individual.

“When I read that scene, I kinda loved it. I love the way Ramsay had Theon watching. It was all so messed up,” Turner told Entertainment Weekly. “It’s also so daunting for me to do it. I’ve been making [producer Bryan Cogman] feel so bad for writing that scene: ‘I can’t believe you’re doing this to me!’ But I secretly loved it.”

“After Joffrey, she’s escaped him and you think she’s going to lose her virginity to a guy who’s really sweet and takes care of her and she’s thrown in with a guy who’s a whole lot worse,” Turner added. “But I kind of like the fact she doesn’t really know what a psycho he is until that night. She has a sense, but she’s more scared of his father. And then that night everything gets so f–ked up.”

Also read: 'Game of Thrones' Movers and Shakers: 9 Characters to Watch in Season 5

In George R.R. Martin‘s “A Song of Ice and Fire” book series on which the show is based, Turner’s character does not get raped when losing her virginity, but she thinks what does happen is actually worse.

“Doesn’t Theon join in or something?” Turner, who hasn’t read the book version of the scene, told EW. “Yeah, like, thank God that didn’t happen!”

It’s not just a few people on Twitter who didn’t appreciate “GoT” showrunners David Benioff and D.B Weiss taking creative license when adapting Martin’s material for TV — an entire website has banned the HBO fantasy series because “rape is not a necessary plot device.”

Deadspin writer Tom Ley took serious issue with the scene, as well, in an opinion piece titled, “Game Of Thrones Is Gross, Exploitative, And Totally Out Of Ideas.”

“The people in charge of the show are free to do what they please with the characters, and viewers should always be prepared for the worst, but the problem here is that the rape scene added no value to the overall narrative,” Ley argued. “The problem isn’t that this episode included a rape, but that it did so in the service of bad storytelling. It told the audience nothing that wasn’t already known, and it didn’t advance any plot lines beyond where they already were. It was just there, as inert as it was unpleasant. Unfortunately, that’s starting to become the best way to describe the show in general.”

Martin addressed the uproar on his blog, where he decided to disable the comment section because of a debate he said was “not unanticipated.”

“Let me reiterate what I have said before. How many children did Scarlett O’Hara have? Three, in the novel. One, in the movie. None, in real life: she was a fictional character, she never existed. The show is the show, the books are the books; two different tellings of the same story,” Martin wrote. “There have been differences between the novels and the television show since the first episode of season one. And for just as long, I have been talking about the butterfly effect. Small changes lead to larger changes lead to huge changes.”

Ultimately, Martin appears to throw his full support behind the creative decisions of those tasked with bringing his books to life on the small screen.

“HBO is more than forty hours into the impossible and demanding task of adapting my lengthy (extremely) and complex (exceedingly) novels, with their layers of plots and subplots, their twists and contradictions and unreliable narrators, viewpoint shifts and ambiguities, and a cast of characters in the hundreds,” Martin wrote. “David and Dan and Bryan and HBO are trying to make the best television series that they can.”