Comcast and General Electric have been haggling up to the last minute over the valuation of NBC-Universal, ahead of the expected announcement of Comcast’s purchase of a controlling interest in the entertainment company on Thursday, according to individuals familiar with the talks.

The valuation could go anywhere from $25 billion to over $35 billion, and leaked reports in the hours ahead of the expected announcement reflected the pressures of that haggling.

The Financial Times reported that Comcast would value the new joint venture with General Electric at an unexpectedly larger $37.25 billion before debt, boosted by a higher valuation on the US cable group’s pay-television stations, and also the potential for a larger cash outlay than analysts had foreseen. 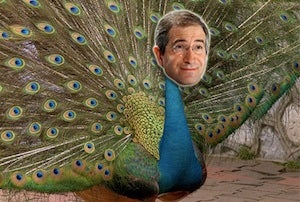 The paper reported that the top US cable service company’s bid for a 51 per cent stake values the existing NBCU assets – which include the NBC television network, Universal Studios and cable channels include CNBC and Bravo – at $30 billion including $9 billion of debt.

But just a couple of hours later, the Associated Press reported from Philadelphia that Comcast Corp. would announce "that it will pay $13.75 billion in cash and assets to gain control of NBC Universal from General Electric Co."

At 51% of the company, that would amount to a $27 billion vauation. Clearly, one of the two reports is incorrect.

What’s happening here, according to those apprised of the negotiations, is that bargaining is ongoing continually, with both sides aware that the deal will not close before federal regulators take a close look at the deal. That could take up to a year, and the valuation of NBC-Universal could vary widely within that year.

Two factors hold sway, according to insiders. One is the performance of the Universal slate. The movie studio had a weak year in 2009, on the heels of two years of record profits. If next year the slate disappoints, this could affect the valuation of NBC-Universal by $4 to $5 billion, to GE’s detriment.

The other is the use of NBC-Universal’s content. If Comcast is able to funnel NBCU content through its cable network without payment, that could favor their accepting a lower valuation right now.

All of that is still under discussion, even as a news release of the deal is being prepared.

The AP said the deal is expected to call for Comcast to spend $6.5 billion in cash and contribute cable channels worth $7.25 billion for its 51 percent stake in NBC Universal. GE would hold the rest, though it could sell half of its portion after 3 1/2 years and the remainder after seven years.
x
Looks like you're enjoying reading