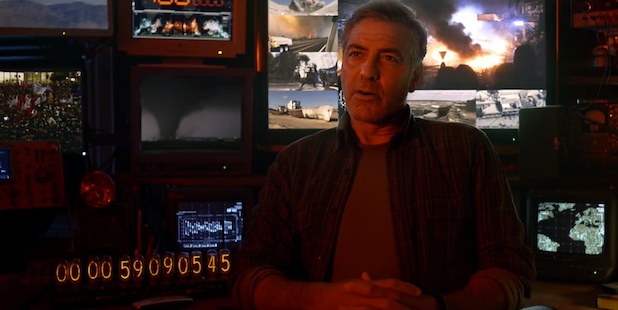 Tim McGraw, Judy Greer, Kathryn Hahn, Keegan-Michael Key, Thomas Robinson co-star in the movie, which Disney will release on May 22, 2015.

Bird wrote the script with Damon Lindelof, based on a story the two of them created with Jeff Jensen, who also executive produced with John Walker, Brigham Taylor and Bernard Bellew. Bird and Lindelof produced “Tomorrowland.”

Bound by a shared destiny, former boy-genius Frank (Clooney), jaded by disillusionment, and Casey (Robertson), a bright, optimistic teen bursting with scientific curiosity, embark on a danger-filled mission to unearth the secrets of an enigmatic place somewhere in time and space known only as “Tomorrowland.” What they must do there changes the world–and them–forever.