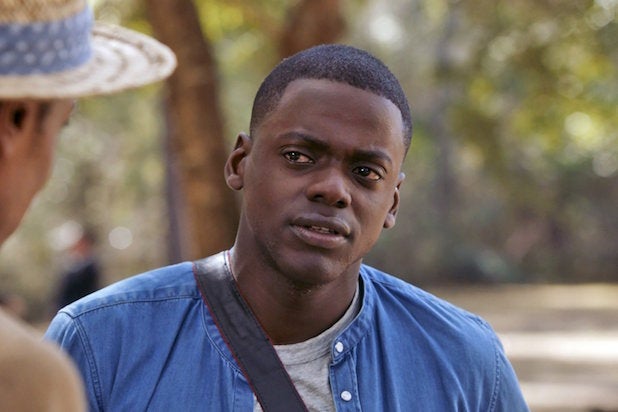 (Spoiler alert: Please do not read on if you haven’t watched Jordan Peele’s “Get Out.”)

Forget about all the critical acclaim Jordan Peele’s directorial debut “Get Out” has received and all of the racial commentary it inspired, because the horror film gave us the most important thing of all — a new challenge.

The Get Out Challenge is the new social media craze that was influenced by a very particular scene in the movie. It’s pretty simple, too.

So, remember near the beginning of the film when Chris steps out in the middle of the night for a smoke and encounters Walter running full speed at him before making a quick turn? That’s, basically, what the Get Out Challenge involves.

Also Read: Who is Jack the Ripper? -- A Short Historical Explanation

Someone runs like Walter towards the camera — or the person filming — before swiftly changing course for whatever reason.

People have gotten creative with their Walter impersonations, with some doing it in Walmart aisles, their school halls and even adding funny storylines.

For example, this one shows what it’s like when men are trying to hit on a girl who appears to be single, but her boyfriend pops up out of nowhere.

Also Read: 'Get Out' Perfectly Explains Racism Concepts to People Who Don't Get It (Commentary)

“Get Out” is about interracial couple Rose (Allison Williams) and Chris (Daniel Kaluuya), who reach a meet-the-parents stage in their relationship, leaving their metropolis for a country gathering hosted by mom (Catherine Keener) and dad (Bradley Whitford).

See some of the best renditions below.

'Time After Time': 10 Things You Didn't Know About Jack the Ripper (Photos)

He wasn’t always known as Jack the Ripper

Jack the Ripper is one of history's most infamous serial killers and, with ABC's new series "Time After Time," there's probably little that will be left unknown about this mysterious man -- but here are 10 things you may be surprised to find out.