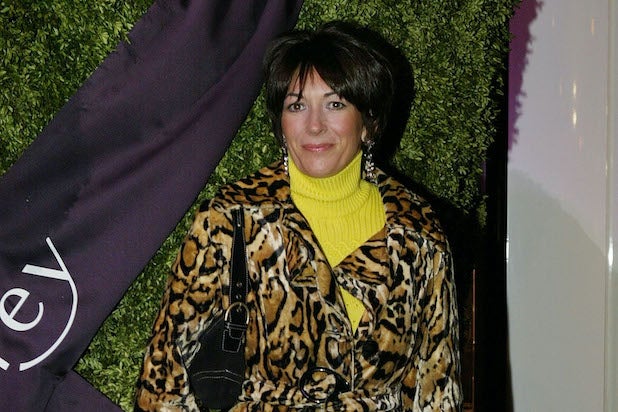 Ghislaine Maxwell became so upset during her 2016 deposition in a defamation case that she knocked a court reporter’s computer off a conference room table in a “physical outburst,” according to newly unsealed documents released on Thursday.

Maxwell’s deposition, given back in 2016, was part of the 2015 defamation lawsuit that Virginia Roberts Giuffre, a woman who accused Jeffrey Epstein of sexually abusing and trafficking her, brought against Maxwell after the British socialite and Jeffrey Epstein associate said she was lying. Though the suit was settled in 2017, the 465-page deposition — unsealed on Thursday after months of back-and-forth in the courts — shows Maxwell’s repeated denials of wrongdoing and refusals to answer questions related to Jeffrey Epstein’s sexual acts with young girls, frequently employing the phrases “I don’t recall” and “I don’t recollect.”

The deposition is separate from the ongoing federal criminal case against Maxwell, who was arrested in July on charges that she conspired with Epstein to recruit and abuse minors. Maxwell pleaded not guilty and is awaiting trial, which is expected to begin on July 12, 2021.

In the unsealed deposition, which comes heavily redacted, Maxwell also “inappropriately and very harshly pounded” a table when she was asked about approaching Giuffre at Mar-a-Lago.

“I am going to put on the record, Ms. Maxwell very inappropriately and very harshly pounded our law firm table in an inappropriate manner. I ask she take a deep breath, and calm down. I know this is a difficult position but physical assault or threats is not appropriate, so no pounding, no stomping, no, that’s not appropriate,” Sigrid McCawley, Giuffre’s lead attorney, said, according to the documents.

“Can we be clear, I didn’t threaten anybody,” Maxwell responded. Jeffrey Pagliuca, Maxwell’s attorney, then interjected to note that there were no dents or “chips” in the table.

Also Read: Jeffrey Epstein Told Ghislaine Maxwell to Stop Acting Like an 'Escaping Convict' After She Was Accused of Being His Madam

Later in the hours-long deposition, Maxwell apologized for her outburst and blamed it on her frustration with what she said were Giuffre’s lies.

“I apologize sincerely for my banging at the table earlier, I hope you accept my apology. It’s borne out of years of feeling the pressure of this entire lie that [Giuffre] has perpetrated from our first time and whilst I recognize that was — I hope you forgive me sincerely because it was just the length of time that that terrible story has been told and retold and rehashed when I know it to be 100 percent false,” Maxwell said, according to the documents.

David Boies, an attorney representing Giuffre, told the Miami Herald on Thursday that the unsealed deposition was just one of two that Maxwell gave — and that it wasn’t “even the most important deposition.”

“What you see and what was released is only the beginning of revelations about the scope and scale of Epstein/Max trafficking ring. We are finally seeing how it operated, a bit of who was involved beyond what is publicly known,” Boies said. “This is only a small part of the evidence that was accumulated during our civil case.”