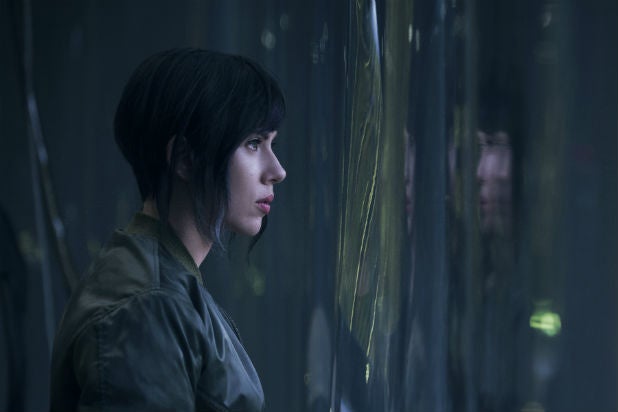 “Ghost in the Shell” fans were none too happy when Scarlett Johansson was cast in the lead role of the Japanese-based story, but now a producer on the film is defending the decision.

“I don’t think it was just a Japanese story,” Steven Paul told Buzzfeed. “‘Ghost in the Shell’ was a very international story, and it wasn’t just focused on Japanese; it was supposed to be an entire world. That’s why I say the international approach is, I think, the right approach to it.”

Johansson will be playing a character known simply as the Major, despite the fact the character in the original manga was known as Major Motoko Kusanagi.

“I think we’ve done the manga comic great honor. As I said, the fans will be very happy, because there’s a great respect that’s been paid to the manga. … We’ve been very, very careful,” he continued. “Obviously, there’s some new imagination, as well. I mean, like anything, when you’re making a movie, you’ve gotta bring your own.”

“Ghost in the Shell” is widely regarded as one of the best manga of all time. Created by Masamune Shirow, the franchise has expanded into several critically acclaimed animated adaptations, including a 1995 film.

Also Read: 'Ghost In The Shell' Fans Not Happy About 'Whitewashed' American Remake

Major Kusanagi is a cyborg working for the counter-terrorist organization Section 9. Her unit is tasked to bring down the Puppet Master, a sentient virus program that has the ability to “ghost hack” into cyborgs and take over their bodies, hence the title of the film.