CBS has renewed “Ghosts” for a second season, the network announced Monday. Additionally, Monday night comedies “The Neighborhood” and “Bob Hearts Abishola” have been renewed for fifth and fourth season, respectively.

“Ghosts” has been one of the breakout hits of the 2021-22 TV season, averaging more than 8 million viewers each week. In terms of total viewers, “Ghosts” is the No. 2 comedy behind CBS’ “Young Sheldon” and is the top comedy series on Paramount+. 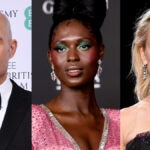 “We’re thrilled to bring back television’s four most-watched comedies for next season, and I’m proud of the incredible team that maintains CBS’ position as the clear leader in comedy,” said Kelly Kahl, president, CBS Entertainment. “Joe Port and Joe Wiseman, together with a breakout cast and exceptional writers, have done a superb job of adapting ‘Ghosts’ for the U.S. and absolutely making it their own. This smart and charming show is delivering new creative highs, not to mention scaring up new audience highs, every week.”

“Ghosts” is a single-camera comedy starring Rose McIver and Utkarsh Ambudkar as Samantha and Jay, a cheerful freelance journalist and up-and-coming chef from the city, respectively, who throw both caution and money to the wind when they decide to convert a huge rundown country estate they inherited into a bed & breakfast—only to find it’s inhabited by the many spirits of deceased residents who now call it home.

The series is a remake of a British show of the same name.