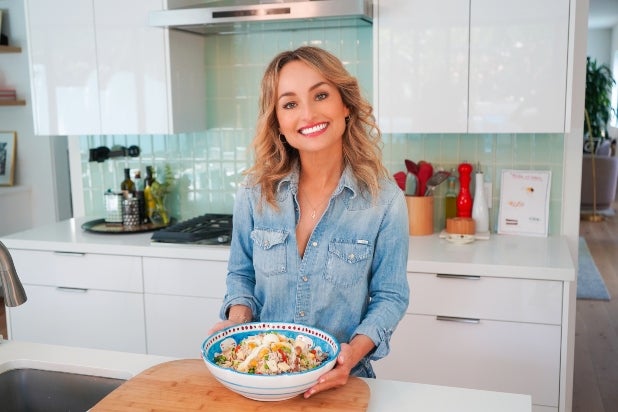 From learning how to do her own camera-ready hair and makeup to adapting recipes to work around grocery store shortages during a global pandemic, Food Network star Giada De Laurentiis faced more than a few challenges when filming her new limited series, “Giada at Home 2.0,” in isolation this spring.

The Italian-American chef says the six-episode series, shot in a rental house using nothing but a handful of strategically placed iPhones and the help of her boyfriend, will offer viewers a rare peek into her life that they wouldn’t normally see when it premieres on Saturday, June 27 at 12 p.m. ET/PT.

“I basically haven’t done it all by myself in 18 years. When I started I did it alone, but I haven’t done it in so long,” she said in a recent interview with TheWrap. “I’ll tell you, prep everything in advance on your own, wash all the dishes in between acts all on your own with really no swap, just wait and clean dishes while you bake — I mean, it’s totally different.”

De Laurentiis had originally wanted to do the show as a digital web series, but Food Network convinced her to take on the challenge of making the DIY project for network television.

“In a weird kind of way, it was strangely efficient as well,” she said. “My daughter learned a lot of things that she otherwise wouldn’t have about cooking in general. I think it was kind of fun just to be home and not to have to drive to a set.”

Filmed in April and May in the throes of the coronavirus pandemic, the lack of normal access to grocery shopping threw a wrench in the process of writing and testing recipes, De Laurentiis said, which normally involves taking multiple trips a day to the grocery store. Plus, everyday ingredients like eggs, flour, and chicken became hard to find. But the chef made the best with what she had.

“Everybody across the country was experiencing the inability to find ingredients that normally we take for granted,” she said. “The grocery store was like my second home, and all of a sudden, I was afraid to go… then I would get in there and not find the ingredients I needed for my recipes.”

One useful hack that she shared with us is that you can use flaxseed meal mixed with water instead of eggs in recipes that need a binder, like cookies or meatloaf.

But all said and done, the experience was a positive one, De Laurentiis said.

“I used to take a lot for granted. I think I learned that, wow, there’s a lot to be done… It’s also crazy you can shoot a whole show on an iPhone,” she said. “I’m shocked at how good it looks.”