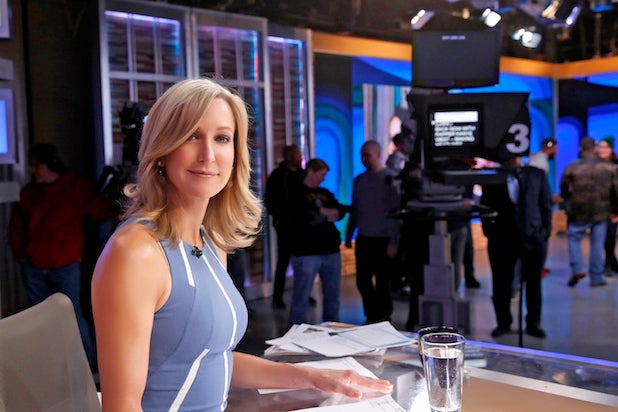 “Good Morning America” co-anchor Lara Spencer is best known for her bubbly personality on ABC’s flagship morning program but has quietly built a media empire of her own.

“I love that people think I’m happy-go-lucky Lara and that’s great, but there is another side to me that is a stone-cold businesswoman,” Spencer told TheWrap. “It would be cool for people to know that I’m more than pop news.”

While she hosts just two of the shows she executive produces — “Flea Market Flip” and an upcoming, yet-to-be-named Travel Channel show — Spencer also oversees the Cooking Channel’s “Farmer’s Market Flip,” “Reconnected” on ABC, an upcoming eight-episode series on HGTV and another untitled reality series on E!

“All of the shows I think of are shows I would want to watch, so it’s very authentic,” she said.

Spencer’s expanding empire has picked up steam lately thanks in part to a 2016 deal with Leftfield Productions that has allowed the former NBC page (and onetime host of PBS’ “Antiques Roadshow”) to expand her reach to producing original content.

It started with “Flea Market Flip,” a competition show in which two teams compete to nab used goods and then refurbish them. “I would live to see that show live forever, it’s an absolute joy to make,” said Spencer, who was inspired to create the show by her own passion for flea market and thrift-store finds. “We’ve done over 160 episodes.”

Also Read: 'CBS This Morning' Catches Up With 'Today,' 'GMA' in Viewers

All of these projects comes in addition to her morning gig on “GMA,” which this season has ranked as the most-watched morning newscast among total viewers, averaging 4.6 million compared to 4.4 million for NBC’s “Today” show.

“I love being part of the ‘GMA’ family so much but making and creating content has been a passion of mine for a really long time,” Spencer said. “It’s all about really being organized and one step ahead. Today I did ‘GMA,’ came back [home] to Connecticut and went directly to the workshop for ‘Flea Market Flip’ and shot that. I could never do all these things if I didn’t have the support around me.”

Spencer isn’t the only “GMA” co-anchor to pull double duty — and she credits ABC brass with giving its talent so much freedom to pursue passion projects.

“They realize, and I believe rightly so, that makes us all the more well-rounded. We’re not just news readers. In my case, I’m a storyteller, I’m a writer, I’m a producer. Every time I go out in the field for ‘Flea Market Flip’ I’m coming up with great story ideas that I can bring home to ‘Good Morning America,'” said Spencer, who joined the network’s morning team in 2011.

“When George [Stephanopoulos] does his Sunday show, he’s creating content that can come home to ‘GMA.’ I think it’s actually really smart,” she said. “And when you think of sports, who else would you want to talk to but Michael Strahan? It would be unrealistic to think someone like Robin Roberts is only going to do ‘GMA’ in the morning because she’s absolutely brilliant.”