In this morning’s roundup of movie news ‘n’ notes from around the web, “Mission: Impossible” considers a Birdbrain, and the MPAA hopes there’s no future in trading movie futures.

The New York Times reports on the Motion Picture Association of America’s attempt to stop Cantor Futures Exchange and Trend Exchange, both of which have released plans to deal in the trading of futures contracts based on movie boxoffice receipts. On Tuesday, the MPAA sent a letter to the Commodity Futures Trading Commission, which oversees futures exchanges, asking the commission to reject the two firm’s applications; if buyers and sellers were able to place money on future boxoffice success, interim MPAA chief Robert Pisano wrote, the “reputation and integrity of our industry could be tarnished by allowing trading in the movie futures contracts in a manner which allows them to be viewed as the economic equivalent of legalized gambling on movie receipts.” As opposed to gambling by actually making the movies, which is the kind of gambling on which Hollywood is based. (Media Decoder) 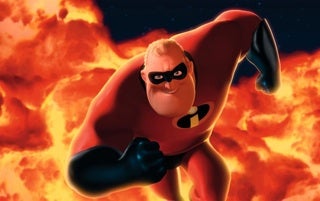 Will the next Tom Cruise secret-agent movie be “Mission: Incredible?” The Hollywood Reporter says that director Brad Bird, best known for Pixar’s “The Incredibles” (left), is a surprising entry on the shortlist of directors who’ve been approached by Cruise and producer J.J. Abrams about helming “Mission: Impossible IV,” which Paramount wants to release on Memorial Day, 2011. Bird, who also directed “Iron Giant” and “Ratatouille,” has been planning to break into live-action with “1906,” a film about the San Francisco earthquake of that year, but budgetary complications may be stalling that Warner Bros. production. Ruben Fleischer (“Zombieland”) and Edgar Wright (“Shaun of the Dead”) have also reportedly been interviewed for a film that’s awfully important for Cruise and Paramount, both of whom would dearly love a hit. (Heat Vision)

Anne Thompson paints the Weinstein Company’s acquisition of “The Company Men” from “ER” creator John Wells as a return to Weinstein’s “indie basics.” She says the Ben Affleck/Kevin Costner/Tommy Lee Jones film about corporate downsizing “played well” at Sundance, though Jeff Wells says it was “generally seen as a dud.” Whatever the film’s prospects when it’s released at an unspecified date later this year, Weinstein’s “guaranteed seven figure P&A commitment” sounds modest, as befits a company that has clearly scaled back, even as it continues to make acquisitions. (The documentary “The Pat Tillman Story” and the Ryan Gosling/Michelle Williams drama “Blue Valentine” being two others.) (Thompson on Hollywood)

Method Fest, which bills itself as “ the annual celebration of performance and discovery in independent film,” kicks off on Thursday and runs for a week in Calabasas and Agoura Hills, outside Los Angeles. Special events include the Lifetime Achievement Award presentation to Bruce Dern, the Rising Star of the Year Award to “UrFrenz” star Lily Holleman, and screenings of James Ivory’s “The City of Your Final Destination” (with Anthony Hopkins and Laura Linney) and Shana Feste’s “The Greatest” (with Pierce Brosnan, Carey Mulligan and Susan Sarandon). More info at the festival’s website. (Method Fest)

CinemaBlend bemoans the impending movie-theater price hike, which it says could reach as high as 26 percent at theaters determined to extract a 3D premium from moviegoers who want to see “How to Train Your Dragon” Looking ahead to prices that could reach $15 for 3D, $17 for IMAX 3D, and as much as $20 at times, Josh Tyler proclaims, “3D is just an excuse to suck more money out of your wallet.” “Dragon,” he adds, is just swell in two dimensions. (CinemaBlend)