In this morning’s roundup of Oscar news ‘n’ notes from around the web, the new Oscar producers get scrutinized, and an anti-Oprah backlash just might be hurting “Precious.”

Various pundits tackle the question of what producers Bill Mechanic and Adam Shankman will bring to the Oscars. The consensus: dancing!

Pete Hammond sees the move as an attempt to recreate the Lawrence Mark/Bill Condon pairing of the last Oscar show. (Notes on a Season) 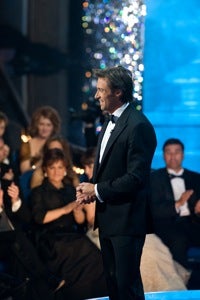 Patrick Goldstein calls it “a safe pick,” and says they should have gone for somebody who’s done live television before. (The Big Picture)

Gregory Ellwood guesses that Mechanic and Shankman were not near the top of AMPAS president Tom Sherak’s list, and doubts that Shankman is sophisticated enough for the gig. (Awards Campaign)

Oh, and Michael Fleming reports that Shankman, when he’s done with the Oscars, will direct and choreograph a film version of the stage musical “Rock of Ages.” (BF Deal Memo)

The most entertaining Oscar blogger of the last four awards seasons, the Carpetbagger, is not unexpectedly leaving the world of Oscar … but his franchise lives on. The New York Times’ David Carr is sticking with the media beat and handing the reins of his blog, which he shared with others the last couple of years, to Times writer Melena Ryzik. Sasha Stone delivers the news (Awards Daily), and David Poland mourns the loss of a distinctive voice (The Hot Blog).

Lou Lumenick thinks that the Gotham Awards’ snub of “Precious” might be due to a backlash over the high-profile support the film has received from Oprah Winfrey and Tyler Perry. (New York Post)

Guy Lodge finds what he thinks are overlooked categories in which “An Education” ought to be in the hunt.  He assumes that picture, actress, supporting actor and screenplay are in the bag, and then makes a case for director Lone Scherfig, supporting actress Rosamund Pike, costume designer Odile Dicks-Mireaux and production designer Andrew McAlpine. Later, he adds singer-songwriter Beth Rowley for her original song “You’ve Got Me Wrapped Around Your Little Finger.” (In Contention)