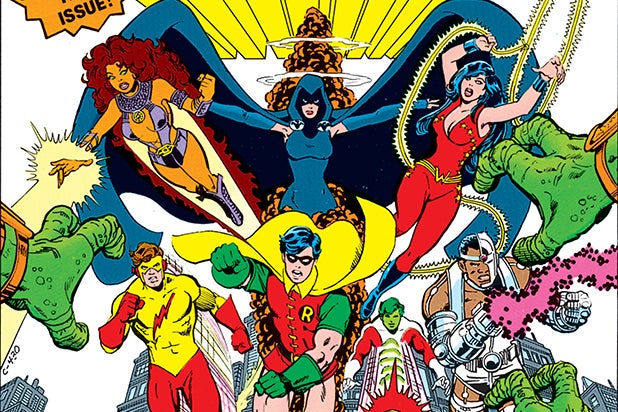 The live-action “Teen Titans” adaptation “Titans” is back on, this time with the support of superhero super-producer Greg Berlanti.

“Titans” will launch on a DC-branded direct-to-consumer digital service in 2018, along with animated series “Young Justice: Outsiders,” the third season of the popular “Young Justice” series.

“Titans” follows a group of young soon-to-be superheroes recruited from every corner of the DC Universe. In this action-packed series, Dick Grayson emerges from the shadows to become the leader of a fearless band of new heroes, including Starfire, Raven and many others. “Titans” is a dramatic, live-action adventure series that will explore and celebrate one of the most popular comic book teams ever.

It was previously set up at TNT.

“Titans” will be written by Akiva Goldsman, Geoff Johns and Berlanti. Goldsman, Johns, Berlanti and Sarah Schechter are executive producers of the series from Weed Road Pictures and Berlanti Productions in association with Warner Bros. Television.

“Young Justice: Outsiders” follows DC superheroes coming of age in an animated universe. In the new season, the team faces its greatest challenge yet as it takes on meta-human trafficking and the terrifying threat it creates for a society caught in the crossfire of a genetic arms race spanning the globe and the galaxy. The first two seasons aired on Cartoon Network. This passionate fan support set the stage for the new third season.

Also Read: Greg Berlanti and Sera Gamble's 'You' Ordered to Series on Lifetime