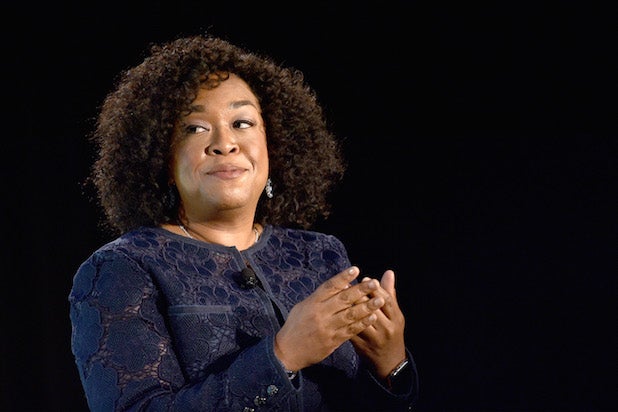 Add another show into the Shondaland lexicon. ABC announced Tuesday that it has picked up a “Grey’s Anatomy” spinoff series about firefighters.

The unnamed project was announced at ABC’s upfront presentation as a straight-to-series order from the executive producers of “Grey’s Anatomy” and “How to Get Away with Murder.”

The show will follow a squad of firefighters who work at a Seattle firehouse. “From the captain to the newest recruit, we follow these brave men and women as they risk their lives and their hearts both in the line of duty and off the clock,” a release said.

“Grey’s Anatomy” writer and producer Stacy McKee is writing the script and will executive produce. Shonda Rhimes and Betsy Beers are also executive producers. The show will be produced by ABC Studios.

“No one can interweave the jeopardy firefighters face in the line of duty with the drama in their personal lives quite like Shonda, and ‘Grey’s’ signature Seattle setting is the perfect backdrop for this exciting spinoff,” ABC Entertainment president Channing Dungey said.

It’s unclear when the spinoff will air.

ABC picked up several new series for the 2017-17 season, including “Marvel’s Inhumans,” the Freddie Highmore-led drama “The Good Doctor” and the Kyra Sedgwick drama “Ten Days in the Valley.”