An editor’s task of crafting a brand-new comedy is always a daunting one; as they say, timing is everything. (Doing it all within a pandemic is also not a picnic.) But what if you had the luxury of some inside knowledge on the people you would be working with? Jessica Brunetto, celebrating her first Emmy nomination for her work cutting together HBO Max’s sleeper hit “Hacks,” just happened to have worked with at least two of its three creators before she ever took a seat at the editing table.

“I’d been working with [showrunners] Lucia Aniello and Paul W. Downs on the show ‘Time Traveling Bong’ on Comedy Central,” says Brunetto. “And I had also done the pilot of ‘Awkwafina is Nora from Queens‘ with Lucia, and that was basically when this show came along where I got to work with their partner Jen Statsky. It was almost like a home field advantage, and they’re really fun and lovely people so I’m glad it worked out.”

“Hacks” debuted in mid-May 2021, on the later side of Emmy eligibility, and took off like a shot, cementing Jean Smart’s can-do-it-all status as a major actor, and putting a spotlight on its creators and brand-new star Hannah Einbinder, playing an entitled, recently-disgraced younger writer paired with Smart’s skeptical superstar Deborah Vance. Einbinder’s profile rose considerably, a great irony considering she tread the very stand-up boards the show depicts so sharply. Says Brunetto of the duo: “There was a little bit of improv, but they were so excellent at giving us a broad range of performance so we could hone in and build the rhythms, knowing when they should more emotional or more playful with each other.”

“I got my episodes in a lot of small pieces. Especially the pilot, which started shooting in November and I got the final pieces in April when they were finally able to shoot their Las Vegas unit,” says Brunetto. “I think we were in tune with what was happening in every room, and what was working and what needed to be refined. So, it was really a group collaboration to kind of figure out the right tone of the show. I knew early on reading the scripts that it was this group’s best work.” 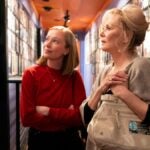 And some of that trial-and-error aptly mirrors the ups-and-downs of the stand-up act of Smart’s Deborah Vance, a superstar who is still very insistent on having the best act she can, even when she’s earned the right to slum it a bit. “They had a fairly cinematic approach to it at times, which I thought really gave us a lot of freedom,” Brunetto notes. “I think the most literal stuff comes across in Episode 8, where Deborah is essentially dealing with a heckler. So even though I didn’t cut Episode 8, you do start with Deborah on stage getting big laughs in the pilot, which I cut, and then in the same episode you see her bombing in a lot of the sound design, reflecting her internal struggle. It’s told more from the point of view of Deborah on stage.”

Another hallmark of the show’s narrative is the backdrop of Las Vegas, and what it’s like to actually live there versus have a wild weekend. And thankfully, despite pandemic limitations, the team was able to accomplish their tasks. “We were trying to show the opulence and the glamour of it all but also the very dirty underbelly to Vegas,” says Brunetto, noting that their schedule constantly had to be revised and that the Vegas segments were actually filmed much later in the shoot. “Sometimes there were as many as three cameras rolling, and it was also an opportunity for us to constantly be going back through everything to make sure it all felt cohesive and jelling with the rest of the season, as all the episodes were sort of evolving at the same time.” 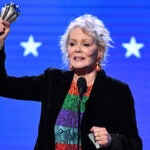 But the structural issues paid off in the end, and timing proved fortuitous in another quite unexpected way, according to Brunetto. “I was not aware of the network’s master plan, but I believe it worked. Having “Mare of Easttown” and “Hacks” overlap on the air was actually pretty great for us. And I think it really impressed the world with Jean’s range and abilities. Not that they didn’t already know but having that much of her was like candy that you can’t get enough of.”