It truly is the year of Jean Smart. The “Hacks” and “Mare of Easttown” star has joined the already staggering cast of “Babylon,” Damien Chazelle’s Old Hollywood epic that stars Brad Pitt and Margot Robbie, an individual with knowledge told TheWrap.

Plot details for “Babylon” are still being kept under wraps, as are Smart’s character details, but THR is noting that Smart is expected to play a Hollywood journalist and film critic with the power to make or break careers. 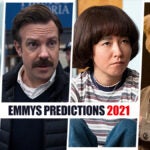 Chazelle is directing and wrote the script as his follow-up to “First Man” and “La La Land.” Olivia Hamilton, Matt Plouffe and Marc Platt will produce. Tobey Maguire, Helen Estabrook and Adam Siegel will executive produce.

Paramount has set the release date for “Babylon” on Christmas Day 2022 followed by a wide release on Jan. 6, 2023.

Jean Smart is a frontrunner for the Emmy nominations dropping Tuesday morning on behalf of her work in “Hacks” on HBO Max and also for her work in HBO’s “Mare of Easttown.” On “Hacks,” she plays a veteran Vegas comedian with a sharp tongue who is trying to revitalize her career by working with a young writer, and Smart herself is having something of a career comeback after first coming to fame in “Designing Women” and for her role on “24.”

Smart is represented by WME and Untitled.