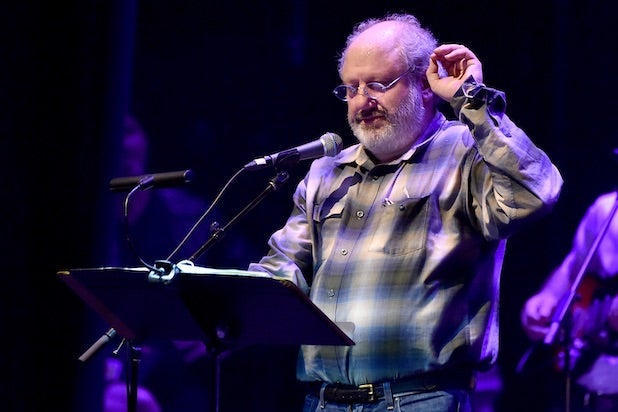 Music producer Hal Willner, who died in New York of complications from the coronavirus, may be best known for the decades he spent working on music behind the scenes at “Saturday Night Live.” But he also accomplished something singular in his lengthy career: He made the tribute album cool. And weird.

Tribute albums, in which a bevy of acolytes and admirers do new versions of songs by a favorite artist, tend to be dull, reverent affairs, in which everybody’s too fond of the songs they’re performing to mess with them much. But Willner would have none of that, and his passion, intelligence and voracious eclecticism led to a string of extraordinary moments.

They started with “Amarcord Nino Rota,” a 1981 album that paid tribute to Rota’s music for Federico Fellini’s films, and which handed those compositions to an adventurous company that ranged from jazz pioneer Carla Bley to Blondie’s Debbie Harry and Chris Stein.

Then there was “Weird Nightmare: Meditations on Mingus,” with a title track that dropped Elvis Costello into an avant-jazz landscape of music written by Charles Mingus and played on instruments invented by experimental composer Harry Partch, and another song, “Gunslinging Bird or If Charlie Parker Were a Gunslinger, There’d Be a Whole Lot of Dead Copycats,” that features Public Enemy’s Chuck D reading passages from an unpublished section of Mingus’ autobiography.

And “Stay Awake,” a tribute to the music of Disney movies that manages to include both Tom Waits croaking his way through a noisy version of the Seven Dwarfs marching song (“Heigh-ho, heigh-ho, it’s off to work we go”) and an angelic, straight-faced rendition of the Mickey Mouse theme (“now it’s time to say goodbye to all our company”) by Aaron Neville.

And “Leonard Cohen: I’m Your Man,” a soundtrack album recorded at a Willner-staged show that included the transgender singer Antony’s staggering version of Cohen’s gentle prayer “If It Be Your Will.”

And the two volumes of “Rogue’s Gallery,” pirate songs and sea chanteys by a huge group of musical rogues, among them Tom Waits and Keith Richards collaborating on a monumental version of “Shenandoah” — the most beautiful melody ever sung by two of the least beautiful voices and transcending any typical definition of beauty in the process.

That’s what Willner did on his albums and in his epic live shows: He threw stuff together that shouldn’t go together — and again and again, it worked brilliantly. You can put all of Willner’s tribute albums into a massive playlist, hit shuffle and you’d have no idea what is coming next, except that it’ll probably be weird and wonderful. (I’m doing just that as I write, and the musical whiplash is invigorating.)

One of his live events, a tribute to Tim Buckley at St. Ann’s Church in Brooklyn in 1991, launched the career of Buckley’s son, Jeff. Another, “Nevermore: Poems & Stories of Edgar Allan Poe,” led to an album (go listen to Iggy Pop reading “The Tell-Tale Heart” and Christopher Walken reciting “The Raven!”) and two Halloween shows in Los Angeles.

Also Read: Coronavirus Pandemic Will Change How Some Films Get Financed | Webinar

Another, “The Harry Smith Project” at Royce Hall on the UCLA campus in 2001, started at 8:30 p.m., went on for almost five hours and included three dozen performers, including Costello, Faithfull, Beck, Steve Earle, Phillip Glass, Todd Rundgren and Gavin Friday, all singing strange old folk and blues songs — and when it ended past 1 a.m. with the Band’s keyboardist, Garth Hudson, serenading everyone with an organ solo, a good chunk of the audience could have stuck around for more.

“Some people are such a gift to the world,” Apatow wrote. “They just put good stuff out there and make our lives better.”

“Weird isn’t in right now,” Willner told the New York Times in 2017. But weird was always in in his world, and he did his damnedest to make sure it’ll remain so in ours.

See more tributes to Willner below:

RIP HAL WILLNER. An incredible person who so many of us will miss. Love u pal. pic.twitter.com/SB1G45x0dp

With heavy heart, we lost a great champion and friend today in Hal Willner, Hal was truly one of the greatest music lovers and supporters I have ever met and a dear colleague and friend.
-Michael pic.twitter.com/K6bX2De3Em

I'm so sad to hear of Hal's passing. He was a great producer and I had the pleasure of working with him on the T.Rex tribute album. Sending love to his friends and family. The music industry has lost an incredible member of our community.https://t.co/Uip09uiSLa

My friend Hal passed away due to the coronavirus. He was a mad genius. He loved everything weird. He always made me feel good in an environment where it was sometimes hard to feel good about yourself. I really love him. I love you Hal. https://t.co/y1ocQIKo6Q

This is truly a heartbreak a wonderful man with a smile in his eyes always https://t.co/vJDI5A6RA6

Hal Willner R.I.P. All I can say is thanks for everything. Will miss you friend. https://t.co/iV9RtSwfN1

I loved you, hipster. A truly unheralded genius. https://t.co/RiLR7qtIif

Hal Willner Dead: ‘SNL’ Music Mainstay, Record Producer Had COVID-19 – Variety. – so sad. Some people are such a gift to the world. They just put good stuff out there and make our lives better. https://t.co/W07Y1efJgi

Hal was a part of so much of the music and pop culture comedy we have all enjoyed for years. He was kind and extremely cool. So sorry to hear this. Sending love to his family. https://t.co/UdecryPuEx

The amazingly talented, innovative, eclectic & visionary music producer Hal Willner passed today. A true artist, a lover of music, a devoted father, a good friend & an angel in my life when I really needed one. Hal helped me find the light in the darkness. Devastated by this news

Losing Hal Willner today was the loss of a tireless advocate for good music of every type. We should revel in what he left us. https://t.co/okW8pLcotb