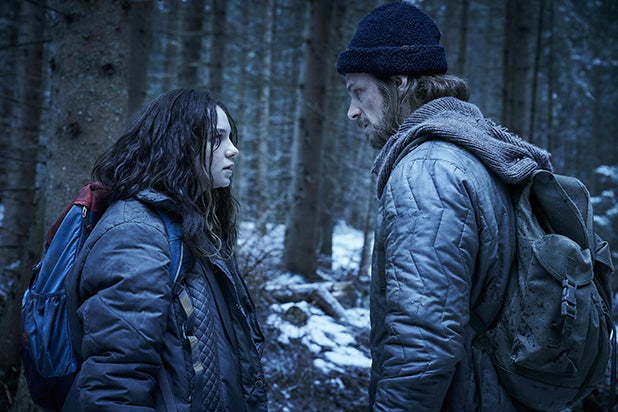 Amazon has renewed “Hannah” for a second season, the company announced in a tweet on Thursday.

Esme Creed-Miles stars in the adaptation of Joe Wright’s 2011 film alongside “The Killing” duo Joel Kinnaman and Mireille Enos.

The series centers on the 15-year-old Hanna (Creed-Miles), who has spent her entire young life in total seclusion in the remote woods of Eastern Europe, training to fight those who hunt her and her mercenary father, Erik Heller (Kinnaman). Her survivalist skills are finally tested when she and Erik are separated upon their discovery by a rogue CIA operative, Marissa Wiegler (Enos) and her team of agents.

News of the renewal comes less than two weeks after the eight-episode first season debuted on the streamer late last month.

“The Night Manager’s” David Farr co-wrote the original feature version of “Hanna” and served as head writer on the first season of the adaptation. Sarah Adina Smith (“Legion,” “Room 104”) directed the first two episodes of the series, which filmed entirely on-location throughout Europe last year.

“We knew we had something unique with Hanna, and with the added momentum from its special post-Super Bowl preview, Amazon Prime Video customers worldwide agreed,” said Albert Cheng, co-head of television, Amazon Studios. “Since it debuted only ten days ago, ‘Hanna’ has had a tremendous response, and we’re thrilled with not only how it has performed for us on the service, but with the action-packed world David Farr has created for the series and the stellar cast, led by Esmé Creed-Miles, Mireille Enos, and Joel Kinnaman. We’re excited to give fans a chance to see Hanna continue her journey on Amazon.”

“I am very much looking forward to taking Hanna on the next stage of her journey,” Farr said. “It’s been a wonderful experience so far, and I feel hugely supported by NBCU, Working Title and Amazon. The next season will take us into a whole new imaginative world. I can’t wait to explore fresh terrain for this lonely young woman who wants only to belong, but who has to fight every day just to survive.”

Jeff Wachtel, president, NBCUniversal International Studios added, “It’s a wonderful example of what we look to do as a Studio – a brilliant idea brought to life by a world-class creative team.”

Your voices have been heard. Season 2 of #HannaTV is coming. pic.twitter.com/3x7KQJjiHU