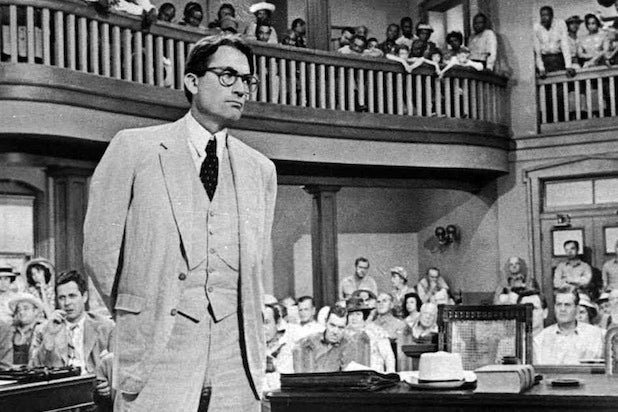 Harper Lee’s legal-themed classic “To Kill a Mockingbird” could be stirring up some courtroom drama of its own very soon.

The estate of “To Kill a Mockingbird” author Harper Lee, who died in 2016, has filed suit over an adaptation of the work, according to court papers obtained by TheWrap.

The complaint, filed Tuesday in federal court in Alabama, takes aim at Scott Rudin’s theater production company Rudinplay. According to the suit, Lee entered a contract with Rudinplay in 2015 regarding live stage and ancillary rights to her novel.

According to the suit, the contract stipulated that Lee would have “the absolute and unconditional right to approve the Playwright for the Play,” and that “the exercise of such right shall be within her sole and unfettered discretion.”

The contract also granted Lee the right to review the script and to make comments “which shall be considered in good faith by the Playwright,” the complaint says.

However, according to the suit, Rudinplay tapped “The West Wing” boss Aaron Sorkin as the playwright for the adaptation, and while Lee agreed with the choice, her estate became the successor to the contract following her death, and comments that Sorkin made in interviews about his plans for the adaptation became a cause for concern.

Also Read: When Harper Lee Visited the Set of 'To Kill a Mockingbird'

Particularly, the suit cites an interview with Vulture in which Sorkin is quoted as saying, “As far as Atticus [Finch] and his virtue goes, this is a different take on ‘Mockingbird’ than Harper Lee’s or Horton Foote’s. He becomes Atticus Finch by the end of the play, and while he’s going along, he has a kind of running argument with Calpurnia, the housekeeper, which is a much bigger role in the play I just wrote. He is in denial about his neighbors, and his friends and the world around him, that is as racist as it is, that a Maycomb County jury could possibly put Tom Robinson in jail when it’s so obvious what happened here. He becomes an apologist for these people.”

The suit says that the estate’s literary agent emailed Rudin in September, saying that it’s “really important” that the spin on the characters not contradict Lee’s image of them.

Rudin reassured the agent, the suit says, but when Lee estate representative Tonja B. Carter received a copy of the revised script in February 2018, the new version “exacerbated her concerns.”

After back-and-forth discussions about the changes, the suit says, Rudinplay eventually sent a letter on March 9 saying that “it is unreasonable to expect that extensive changes can be achieved five weeks before the second workshop. It is simply no longer possible, even if [Mr. Rudin] were in agreement in your March 5 letter.”

The suit is asking for a declaratory judgment that the play violates the terms of the contract.

Scott Rudin Productions was unable to comment on the suit when contacted by TheWrap. However, the New York Times quoted Rudin as saying, “I can’t and won’t present a play that feels like it was written in the year the book was written in terms of its racial politics: It wouldn’t be of interest … The world has changed since then.”