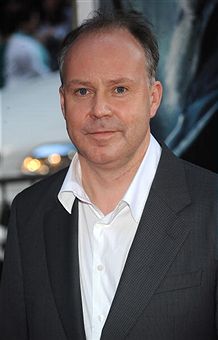 "Harry Potter and the Deathly Hallows" director David Yates has been offered the director’s chair of "The Hobbit," according to the latest issue of Production Weekly and echoed by an agency coverage email making the rounds of Hollywood.

Yates’ representation at CAA told TheWrap that the reports are "not true at all." And indeed, he would be an interesting choice. At least he’s no stranger to fantastical adaptations of popular literary works that require extensive special effects, plus most of the pre-vis work will have been done for him, thanks to Jackson and ex-director Guillermo del Toro, who left the project after developing it for two years.

Yates recently wrapped production on the last two "Harry Potter" movies, which now enters an extended post-production phase. That means Yates wouldn’t be available to tend to Middle-earth until sometime next year, and I imagine he has press commitments for the final "Potter" movie, which Warner Bros. releases next July.

However, "The Hobbit" is still likely a year away from filming, since MGM has the rights but not the funds to bring it to the big screen and still hasn’t officially greenlit the project.

Stay tuned to Deal Central for more on this developing story.