Guy Ritchie is going Zero to Hero and will direct the live-action “Hercules” movie at Disney, an individual with knowledge of the project told TheWrap.

Dave Callaham (“Shang-Chi and the Legend of the Ten Rings”) wrote the first draft of the script adapting the animated “Hercules” film, and Disney is now looking for writers for the project. 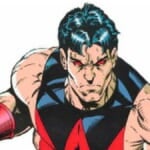 Also Read:
‘Wonder Man’ Series in the Works at Disney+ With Andrew Guest as Head Writer

The original animated movie from 1997 shows Hercules, the son of the God Zeus, growing up on Earth as a human but gifted with superhuman strength as he falls in love with the human Megara, as he works with a Satyr named Phil to become a true hero and as he aims to stop an evil plot by the lord of the Underworld Hades to release four monstrous titans to wreak havoc on the world.

Since “Aladdin,” Guy Ritchie has gone back to his roots with the Jason Statham action film “Wrath of Man” and March’s “Operation Fortune: Ruse de Guerre” also with Statham, the latter of which was released by STX. His next film is an untitled Afghanistan war movie that will star Jake Gyllenhaal and is being released by MGM in the U.S. He’s best known as the director of “Snatch,” “Lock, Stock and Two Smoking Barrels” and the “Sherlock Holmes” franchise with Robert Downey Jr.

CAA negotiated the deal for Ritchie to direct prior to the director exiting the agency to be represented by WME. Ritchie is also represented by attorney Matt Saver. 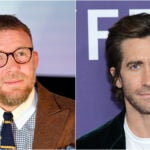