MGM has acquired the U.S. rights to the next film from Guy Ritchie, an untitled Afghanistan war movie that will star Jake Gyllenhaal, an individual with knowledge of the deal told TheWrap.

Amazon Prime Video has also taken the majority of the film’s international rights from STX International, which handled sales on the film and first presented it to buyers at AFM under the title “The Interpreter.” The film is pursuing a hybrid release strategy of both a domestic theatrical rollout and a streaming component that gave Ritchie and his partners more creative and financial control over the film’s distribution.

Filming is now expected to begin on Ritchie’s project on Jan. 24 in Spain, with additional casting set to be revealed soon. 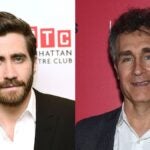 Gyllenhaal in the film will play a sergeant on his last tour of duty who is teamed with a local interpreter, to survey the region. When their unit is ambushed on patrol, he and the interpreter are the only survivors, and the interpreter ends up risking his life to carry Gyllenhaal’s character across miles of grueling terrain to safety. But the film resumes back on U.S. soil when the sergeant learns that his hero was not given passage to America as promised. He’s now determined to repay his debt and protect his friend and family before the local militias reach them first.

Ritchie will direct from a script he co-wrote with Ivan Atkinson and Marn Davies. Ritchie and Atkinson are also producing the film via their Toff Guys production banner alongside Josh Berger and STXfilms’ John Friedberg. Olga Filipuk will executive produce for Yandex-owned Kinopoisk, who is also the all-rights distributor in CIS territories, and marks the first time a Russian streaming service has played an instrumental role in the co-financing of a global film by a top international director.

“Jake Gyllenhaal is a fantastic talent. At last I have found a perfect project on which we can collaborate,” Ritchie said in a statement. 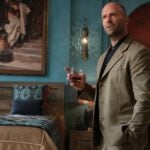 “This will be our third collaboration with Guy and STX is proud to be in a position to support extraordinary filmmakers like him, especially when working with such strong material – I’m thrilled that we were able to put this film together alongside Ivan and Josh,” Friedberg added.

“Guy Ritchie is one of the most beloved directors in Russia. Supporting a top global filmmaker with a massive following in Russia is a key strategic step for Kinopoisk as we commence developing and co-producing international projects. We are excited to begin our relationship with Guy, Josh and Ivan on such an important film,” Olga Filipuk for Kinopoisk said in a statement.