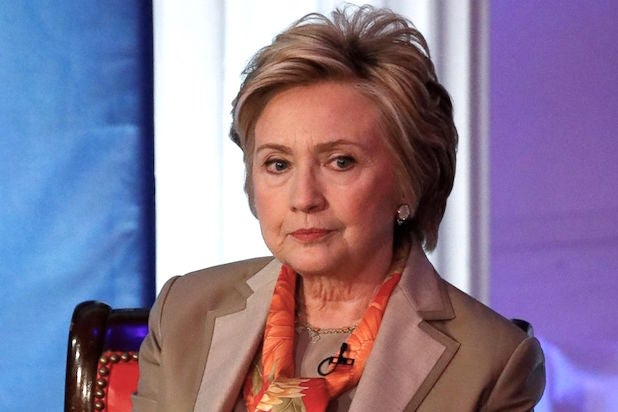 In Hillary Clinton’s upcoming memoir “What Happened,” the 2016 Democratic nominee discusses differences between herself and her primary opponent Bernie Sanders. “I am proud to be a Democrat and I wish Bernie were, too,” she wrote in the book.

In an excerpt tweeted out by Tom Watson, Clinton talks about how Sanders’ “Bernie Bro” supporters helped pave the way for Donald Trump’s own smear campaign against her.

“Because we agreed on so much, Bernie couldn’t make an argument against me in this area on policy, so he had to resort to innuendo and impugning my character,” the tweeted out page reads. “When I finally challenged Bernie during a debate to name a single time I changed a position or a vote because of a financial contribution, he couldn’t come up with anything. Nonetheless, his attacks caused lasting damage, making it harder to unify progressives in the general election and paving the way for Trump’s “Crooked Hillary” campaign.”

Wow – "I am proud to be a Democrat and wish Bernie were, too." #ShePersisted pic.twitter.com/jSv7ilP5Nv

Clinton wrote that she “appreciated that [Sanders] campaigned for me in the general election,” but added “he isn’t a Democrat — that’s not a smear, that’s what he says.”

The final paragraph on the page outlines a few reasons why Clinton aligns herself with the Democratic Party along with this zinger: “I am proud to be a Democrat and I wish Bernie were, too.”

“He didn’t get into the race to make sure a Democrat won the White House, he got in to disrupt the Democratic Party. He was right that Democrats needed to strengthen our focus on working families and that there’s always a danger of spending too much time courting donors because of our insane campaign finance system. He also engages a lot of young people in the political process for the first time, which is extremely important. But I think he was fundamentally wrong about the democratic Party–the party that brought us Social Security under Roosevelt; Medicare and Medicaid under Johnson; peace between Israel and Egypt under Carter; broad-based prosperity and a balanced budget under Clinton; and rescued the auto industry, passed health care reform, and imposed tough new rules on Wall Street under Obama. I am proud to be a Democrat and I wish Bernie were, too.”