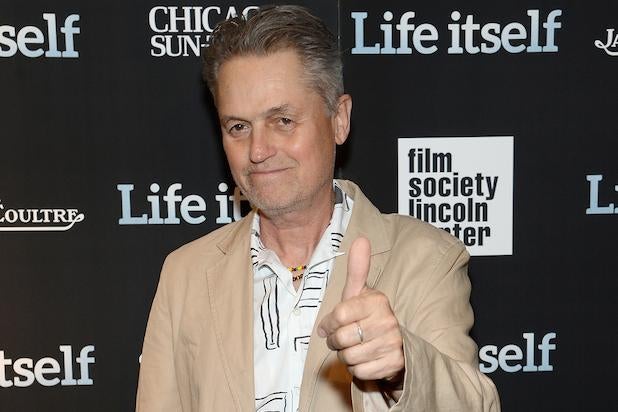 Hollywood is mourning the passing of “Silence of the Lambs” director Jonathan Demme, who died Wednesday morning at the age of 73.

Directors like Martin Scorsese, Edgar Wright and Kevin Smith noted how Demme’s work showcased his wide range and helped people to experience unique stories. “He could do anything,” Wright tweeted.

Many also remembered Demme’s kindness and generosity towards others in the industry. “Moonlight” writer and director Barry Jenkins said the last time he saw Demme was when the director was championing for “Moonlight” during awards season. “Such a kind man,” he added.

Also Read: Jonathan Demme, Director of 'Silence of the Lambs,' Dies at 73

Demme was best known for directing films like “Silence of the Lambs” and “Philadelphia,” but he also directed memorable concert films such as the recent “Justin Timberlake + The Tennessee Kids,” and the Talking Heads documentary “Stop Making Sense.”

He died of esophageal cancer and complications from heart disease. Demme is survived by his wife, the artist Joanne Howard, and their three children.

Check out some of Hollywood’s reactions below to get an idea of how far this man’s influence spread.

Martin Scorsese issued this statement on Wednesday afternoon: “Whenever I ran into Jonathan, he was filled with enthusiasm and excitement about a new project. He took so much joy in moviemaking. His pictures have an inner lyricism that just lifts them off the ground–even a story like The Silence of the Lambs. I have great admiration for Jonathan as a filmmaker–I love the freshness of his style and his excellent use of music, from Buddy Holly to Miklos Rozsa. There’s so much more to be said, and I hardly know where to begin. I also loved him as a friend, and to me he was always young. My young friend. The idea that he’s gone seems impossible to me.”

I know now that this was also the last time I saw Jonathan Demme. Fitting that it was in an act of love and generosity. Such a kind man. https://t.co/qYUZqXz2NU

Jonathan Demme was a great artist, humanitarian, activist & a warm encouraging colleague. I've known very few like him. He will be missed https://t.co/wQv5QRqHoN

Deeply sad to hear my friend, neighbor, and colleague Jonathan Demme has passed on. He was one of the real good guys. I miss you, buddy.

Very sad to hear of the passing of the great Jonathan Demme. Admired his movies, his documentaries, his concert films. He could do anything.

Ted Demme and I were worried about making The Ref when his uncle Jonathan Demme said something profound: "Stop talking and start shooting."

Dear God, no! I loved #JonathanDemme! He was my bridge to the Talking Heads, Harris & Hannibal, New Order and honest cinematic storytelling. https://t.co/vOCRfD23dg

RIP #JonathanDemme One of the greats!

This loss hurts deep. With my abiding friend and brother beloved @jonathandemme at #StandingRock. Not a kinder soul has ever lived. RIP, JD. pic.twitter.com/vOz1kLoNLc

Sad to hear that Jonathan Demme has passed.

RIP Jonathan Demme. Director's director. Such love for his subject matter. Gorgeous moments and images devoid of vanity. One of the best.

Jonathan Demme was a gifted and versatile filmmaker. RIP.

"The chance to make a film that deals in an imaginative way with stuff you care tremendously about is a real high." — Jonathan Demme #RIP pic.twitter.com/Z7axx3fgt5