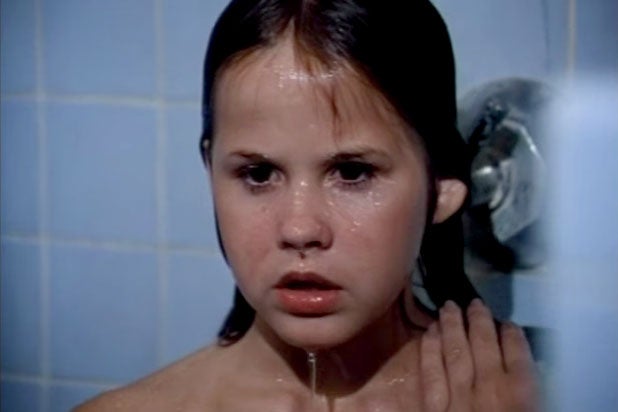 Fittingly, it took a shower to clean up primetime. Or at least to try.

As the 2015-2016 season begins, with both choices and content getting (let’s go with) bolder and the definition of television itself changing, now is a particularly good time to look back at an era when the industry found itself at a different kind of crossroads.

Also Read: 'The Muppets' Slammed as 'Perverted' and 'Ruined' by One Million Moms Advocacy Group

Informed by the real-life turmoil of the 1960s, the Family Viewing Hour traces its origins to the early 1970s, when the country was in full cultural tilt and the child that was television up to that point was now becoming a rebellious teen. In the hands of the first generation raised on it, TV couldn’t not reflect the revolution going on in the streets. This, while the industry was also facing the arrival of demographics — when having the best kind of viewers began to rival having the greatest number (see “Rural Purge of 1971”).

The race to nab them was on.

That’s how between 1970 and 1974 the Bradys and Cartwrights and Clampetts ceded the landscape to the Bunkers and Sanfords and Louds. Scripted programming began offering stories about real people with real lives and real problems. Once-taboo adultery, abortion and homosexuality became routine primetime fodder.

And on a September Saturday in 1974, a TV movie called “Born Innocent” came to air on NBC, with a four-minute scene depicting a teenage girl gang-raped in a reform-school shower. With a plunger. TV was forever changed.

But a teenaged girl being violated with a plunger? By more teenage girls? America had seen enough.

“Born Innocent” became the fulcrum for a TV protest. The sword wielded by a cadre of the concerned intent on cutting down the filth, aided in no small part by a 1972 Surgeon General’s report that proposed a causal relationship between real-world and TV violence. Television had officially Gone Too Far.

The result? In January of 1975, FCC Chairman Richard E. Wiley announced that the three networks had agreed, effective the next season, that the first hour of primetime each night — 8 p.m. to 9 p.m. — would be reserved for “family-friendly” shows.

Agreed, coerced. Tomato, tomahto. The networks’ acquiescence was reluctant at best. They didn’t appreciate the interference, and feared the potential havoc on schedules. Top-rated CBS had the most to lose, especially since its oft-controversial “All in the Family,” TV’s biggest hit and the linchpin in its juggernaut Saturday lineup, would likely be forced out of its 8 p.m. berth.

Writers and producers hated the new rule, too, worried as much about shifting timeslots as their shows being slapped with an “Unacceptable” label. Producer Norman Lear, TV’s most powerful force with five top-10 series, did more than dislike the ruling — he actively fought it. To him The Family Viewing Hour was a codified assault on the First Amendment, and he aligned with the Writer’s Guild to have it repealed.

Also Read: WE tv's 'Sex Box' Gets a Hard, Passionate 'No' From Parents Group

The hostility toward the policy permeated Hollywood, which viewed it as equal parts ludicrous and unenforceable. Who decides what’s family-friendly? It became both a national dinner-table discussion and a nightly talk-show joke.

But the 1975-76 season opened with The Family Viewing Hour as the rule of TV, a dramatically different primetime landscape being the result. Established early-hour series deemed unfriendly were sent packing: “All in the Family,” as expected, was booted to Monday at 9 p.m. opposite ABC’s equally popular “Monday Night Football;” ABC’s “The Rookies” was moved to Tuesday at 9 p.m.; CBS’s detective series “Kojak” was pushed back to 9 p.m. on Sunday; and few if any movies started before 9, save for higher-profile showcases (which bore advisories when necessary) and ABC’s “Disney” hour.

America’s children were safe again. The season rolled on. And with a bit of inoculation for the networks, too, when it came to what did air after 9 p.m., as TV continued to push the envelope. On the docket: “Helter Skelter,” “Rich Man Poor Man,” regular-series storylines about pre-marital sex and pornography, and the premieres of adult shows “Family” and “One Day At a Time.”

Despite the apprehensions, no series was hit terribly hard in the ratings. “All in the Family” maintained its status as TV’s top show. Meanwhile the Lear lawsuit rolled on too, ultimately landing in 1976 on the desk of U.S. District Court Judge Warren J. Ferguson, who (spoiler alert) voided the whole Family Hour concept, effective with the start of the 1977-78 season.

All that Sturm und Drang, and the policy died an ignominious death inside of a year.

Not without having made a dent in pop culture, though — as an industry joke then, as a go-to synonym for safe programming since, and, curiously, as a de facto agreement of sorts for decades that generally set aside the first hour of network prime-time for family shows — until TV’s migration to the Internet made such corralling an impossible idea.

Today the notion of setting aside an hour of TV for family-friendly fare seems silly as a practice and quaint as a story. Those who weren’t there in 1975 can’t begin to understand it (“What’s a prime-time schedule?”); those who were there are unsure how to explain it. But The Family Viewing Hour once did exist. And it all began with a plunger.

Side note on the occasion of its 40th:

The 1975-76 season actually and ironically opened with one of TV’s most controversial hours ever — an episode of CBS’s hit “Medical Center” called “The Fourth Sex” about a man who undergoes sexual-reassignment surgery. A primetime first. The actor portraying the patient, shown in both before and after dress? Robert Reed, patriarch of just-canceled “The Brady Bunch.”

An episode about transition marked the continuation of TV’s very own. “The Brady Bunch” was, literally, no longer the face of primetime.

BIO Jim McKairnes
Jim McKairnes is a longtime Hollywood executive who also teaches and writes about the entertainment business. Currently working on a book about 1970s TV, as well as an updated edition of his CBS memoir, he divides his time between Los Angeles and Nashville.

Jim McKairnes is a longtime Hollywood executive who also teaches and writes about the entertainment business. Currently working on a book about 1970s TV, as well as an updated edition of his CBS memoir, he divides his time between Los Angeles and Nashville.