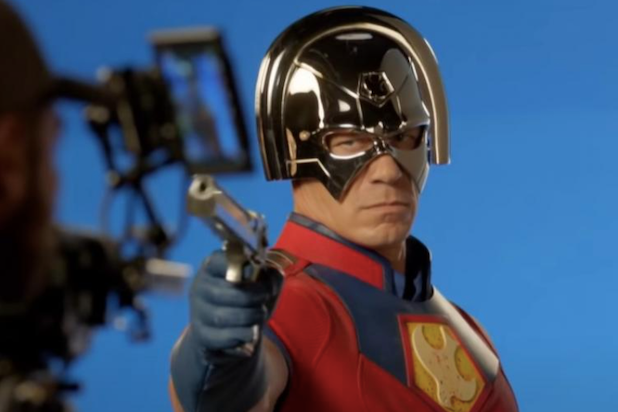 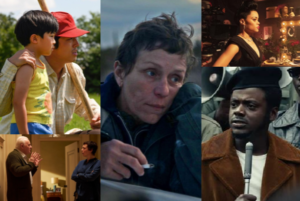 Can Late-Arriving Oscar Contenders Still Break Through – With Voters and Audiences?

DC Comics is about to go the Marvel Studios route… again. After failing to copy the Disney-owned studio’s success in building out a mega-film franchise with flops like “Batman v Superman” and “Justice League,” HBO Max content chief Casey Bloys (who also has the same job for HBO), detailed his plan to connect the various iterations of DC Comics projects, which include the successful “Arrowverse” shows on The CW.

HBO Max, which is prepping comics-based series like “Green Lantern,” “Peacemaker” and an upcoming spinoff of Matt Reeves’ “The Batman,” is going to rely heavily on some of Warner Bros.’ most valuable property, with the blessing of Warner Bros. Entertainment chair Ann Sarnoff.

TheWrap caught up with Bloys on Wednesday to talk about how much the streaming service will rely on other Warner Bros. franchises like “Game of Thrones” and “Harry Potter” (along with DC Comics) to scale up the service at it competes in the high-stakes streaming wars, and how he differentiates between the two.

The interview has been edited for length and clarity.

The CW has built out its own DC universe over the past few years with shows like “Arrow,” “The Flash” and “Supergirl.” How does that effect what you can do? Does The CW having its own Superman show stop you from doing one at HBO Max?

So, two things I would say on that. The first show up for HBO Max for DC will be “Peacemaker” with John Cena. That’ll be a good example of what Max can do with DC. Producing at a more highly-elevated level, probably more like the movies, than what CW is doing.

But one of the things I would say about DC overall is Ann Sarnoff, a big goal for her, is to really organize and coordinate the DC offering. In the past, you know with The CW, DC would run on The CW, (Warner Bros.) would do films (but) there wasn’t a lot of overlap or coordination. And a big thing going forward for WarnerMedia, and DC specifically, is having everybody involved in DC talking, so that a show on Max is aware of a movie, and is aware of a CW show. They’re all kind of working in concert so that there’s nobody overlapping. There’s no stories that don’t make sense as a result of that. So they’ve been trying very hard to kind of get that going.

With the TV show you are developing in the Batman world on the Gotham police department, would characters from the Batman film, like Jeffrey Wright’s Commissioner Gordon, show up on that series?

That’s the idea. Matt Reeves is obviously a producer on “Gotham City PD.” We don’t want to reserve characters just for films or for TV. There should be kind of some fluidity between them. So that is the idea. I mean, we’re in very early stages on that. So I don’t want to suggest that any one character will be. But yes, that is, generally speaking, that is the idea, that there will be crossover.

Moving to “Game of Thrones,” you have the prequel “House of the Dragon” coming up next year. First off, do you have any sense of when in ’22 that show will premiere?
I have a sense but we don’t want to put it out there yet, because they’re just starting shooting in April. I’d rather leave it as just sometime in ’22. It’s a big show to produce. We’re still in COVID so I want to give them some room.

Regarding other “Game of Thrones” spinoffs, how are you generally looking at building out the world George R.R. Martin created?
George R.R. Martin has created this really vast and well-documented world. He has a real history of the houses and wars, interpersonal relationships. It’s really kind of a valuable resource to have this and George involved. And in terms of how many or which worlds or whatever, I do try to let the creative guide us. We’ve got “House of the Dragon,” we’re excited about that. I do think that the (George’s) world could support another show, but really we try to make it about the creative. I don’t want to do something just to do it. I want to do it because we all think it’s great and we think fans will go crazy for it. But you want to get that right. And so I don’t want to commit to “We’re going to have three shows or four shows by a certain date.” I just want to find the best the best stories to tell within that world and make sure they’re worth telling.

There were rumors of you guys doing a Harry Potter series, which you denied. But is there any interest at all there?
There’s no deals in place, there’s nothing in development or anything like that. But pulling back from that, and maybe not just making it about Harry Potter, but I think — we were talking about “Game of Thrones” — you think about Harry Potter, or you think about DC. Those are really, really valuable libraries and IP for WarnerMedia. And so of course we want to make sure that we’re using them in the best way possible. Of course it’d be great to have more Harry Potter, you know — I’ll take whatever. But there’s just nothing right now to say, “Oh, we’re going to have a show in this year or that year.” I wish, but just nothing right now.

Now that you spearhead content for both HBO and HBO Max, how do you decide what goes on which platform?
We’ve got a pretty good idea of what an HBO show is. Myself and the team at HBO have been working together for a long time and we have a pretty good idea of what that is. If we’re building out this huge offering HBO Max, and you got HBO as one of the important brands, what can we do elsewhere that we don’t do on HBO? DC is a big part of that. Adult animation — we announced a couple of shows today — young adult content, things like “Generation” that we talked about today, or “Gossip Girl,” “Pretty Little Liars,” the whole Warner Bros. content, Warner Bros. library. YA content is important. Acquired series, things like “South Park,” “Friends,” “Big Bang Theory,” and a whole reality lineup, which we hadn’t typically done on HBO.

So when you look at that all together and you got HBO, you got the DC content, young adult content, adult animation, acquired content, that’s a really compelling offering. And what we’re seeing is people are coming in and they are engaging with the platform for a lot longer than they ever did on HBO Now.

‘The Summit of the Gods’ Film Review: Breathtaking Mountain-Climbing Story Captured as Only Animation Can