“I Love Kellie Pickler” will follow Pickler as she navigates her madcap relationships with friends, family and the unpredictability of couplehood alongside Jacobs.

Pickler catapulted from small-town obscurity and became a household name thanks to “American Idol” and “Dancing With the Stars,” but has since gone on to become a country music sensation. Her Gold-certified debut album “Small Town Girl” contained her signature hits “Red High Heels” and “I Wonder,” followed by her self-titled second album which featured her platinum-certified Top 10 hit “Best Days of Your Life.”

In 2014, Pickler voiced the lead character in the animated Veggie Tales movie “Beauty and the Beet” and performed eight songs on the official soundtrack album. Earlier this year she launched her first home goods line, “Selma Drye by Kellie Pickler.” A proud supporter of the men and women in the U.S. military, she has completed eight USO Tours and was presented with the Operation Troop Aid Chris Kyle Patriot Award for the acknowledgement of her unwavering and impassioned support and contributions to the United States Armed Forces and their families.

“When my husband co-wrote a song titled ‘Ain’t No Cure for Crazy’ and said it was meant just for me, I had to wonder,” Pickler said in a statement. “We know how crazy our life is with both of us being in the entertainment business and all that it entails while trying to maintain a somewhat ‘normal’ marriage. It’ll be fun to let the rest of the world see into that window of our life.”

“Since her days on ‘American Idol’ Kellie has captured the hearts of many with her pretty smiles, good humor and spirited personality,” executive producer Ryan Seacrest said. “Like Kellie herself, this new show has lots of heart. CMT is the perfect home for this show, which will take audiences on a relatable journey with Kellie and her husband Kyle as they navigate life through work, music, friends and family.”

See the first official image from the series below. 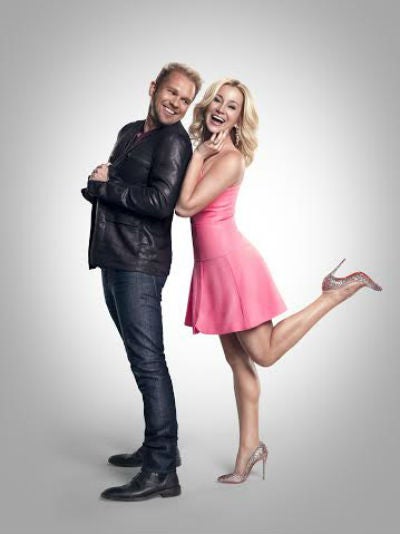