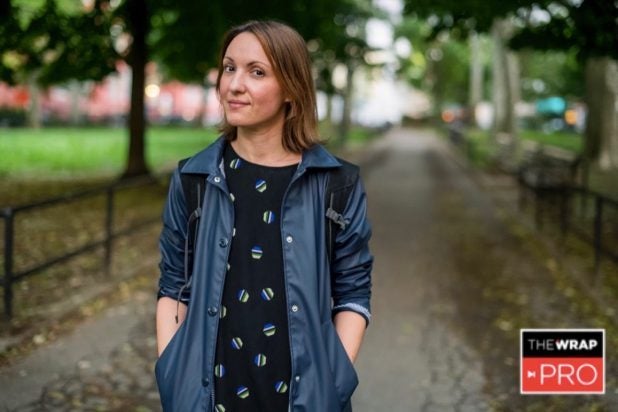 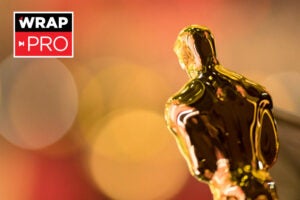 Using quick hit, snackable-sized content, the digital video company NowThis has catapulted it to be the No. 1 most-viewed news brand cross-platform on digital and mobile, according to Tubular Labs. Avid Facebook users and Snapchat Discover visitors have likely encountered the company’s short-form videos, which consist of a series of text layered on top of video.

After scoring 2.5 billion views a month by focusing on “news-of-the-day quick hits,” Sarah Frank, who oversees the new NowThis Originals division, said the company is ready to invest more heavily into the production of more episodic, serialized original content that deviates from its tried-and-true formula.

“NowThis Originals is the natural extension after building our brand on social with quick, shareable, youth-focused trending stories told through video,” Frank told TheWrap in a recent interview. “While we still offer that to our audiences on every major social platform to stay up to date every day, we’ve dedicated this new division to lean more heavily into building IP, shows and series that young audiences can connect with that live on social and beyond — streaming and OTT, too.”

Since 2017, NowThis has rolled out original projects such as “Never Seen,” which showcases first impressions of classic shows and movies from viewers who haven’t yet seen them; “Mane,” a show that “explores the intersection of hair and culture” and focuses on a different hair trend each week; and “Apocalypse NowThis,” which examines the different ways in which life as humans know it on Earth could be wiped out.

Even before the official January launch of NowThis Originals, the company has found both viewership and engagement for longer-form original content. The brand saw an increase in watch time of 36 percent last year over 2017, and Frank said the publisher’s original shows have amassed over 300 million minutes watched.

In addition to connecting with audiences, one equally important goal for the company is to connect with advertisers, who, over the past several years have grown skeptical about the brand safety of social platforms. Just this month, Disney, Hasbro, AT&T and Nestle pulled ads from YouTube after a blogger detailed how comments on Google’s video site were being used to facilitate a “soft-core pedophilia ring.” This incident follows a bumpy two years for YouTube, in which advertisers exited the platform left and right over ads running on content they deemed inappropriate.

In order to attract a greater number of advertisers, NowThis plans to produce content that is more brand safe than their typical news content. “This content isn’t news-of-the-day quick hits,” Frank said. “They are fun and thoughtful shows and series that are more brand-safe than news, opening us up to more advertiser partnerships.”

So far, the digital publisher has already partnered with BoostMobile, SheaMoisture, Domain.com and the NHL on a variety of upcoming multi-platform projects. No matter the partner, Frank said the content that comes out of the new division will continue to be focused on stories that matter to younger viewers, such as “gender equality and empowerment, climate change, social justice and pop culture.”

There is no set number on how many projects the NowThis Originals team will release in 2019. The team is currently developing its first official slate, which Frank anticipates will have approximately 10 shows at one time.

“I’m really excited for a new hosted series we’ve been developing called ‘What The FAQs’ — where we explore the weird, wacky and confusing questions about our bodies and the world around us,” Frank said. “We’ll explore what makes some people love spicy food while others can’t take the heat, or why mosquitoes always bite me and never my partner, or the real reasons songs get stuck in our heads. ‘What the FAQs’ pairs humor, deep tech and scientific research, and entertaining interviews with experts to get you the answers — in an entertaining way, of course.”

In addition to shows like “What the FAQs,” NowThis Originals also plans to develop new shows that explore the world of eSports and gaming culture, as well as more concepts involving celebrity guests.

“Our original series will take the best learnings from NowThis’ five-plus years building engaging videos young people actually watch and share,” she said. “We’ve developed best practices to hook and hold audiences on all platforms, so of course our originals will be distributed across multiple platforms with the appropriate optimization to make sure these stories land with audiences.”

“We’re also not afraid to experiment, learn and iterate,” she added. “We’re seeing real success with host-led series and plan on doubling down in the future. We are also working with animation, feature-length docs and higher production value overall.”

Launched in 2012 and part of Group Nine since 2016, NowThis has 13 content verticals, including News, Politics, Entertainment, Future, Her, Money, Sports and Food. According to Nielsen Digital Content Ratings, the company reaches over 70 percent of all Americans in their 20s.