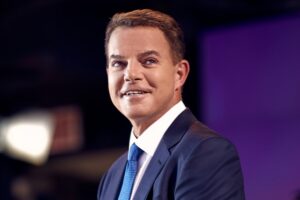 Inside ‘The Craft: Legacy’ and the Push for Trans Representation in Hollywood

”What I’m able to do is contextualize the trans experience for cisgendered people, what this is and how relationships operate in the world,“ consultant Scott Turner Schofield says

Trans actors in prominent roles have for years been absent from major studio films, but that will change this year with the release of Columbia and Blumhouse’s “The Craft: Legacy,” which casts Latin trans actress Zoey Luna as one of its four female leads.

But Luna’s inclusion didn’t happen by accident. Though director Zoe Lister-Jones wrote the character of Lourdes as trans, the character’s representation was the product of an open casting search of over 300 trans actors, as well as the participation of both GLAAD and an independent consultant who specializes in trans issues on screen, Scott Turner Schofield.

Schofield, who is trans himself, worked closely with Lister-Jones and Luna on “The Craft: Legacy” but also works on HBO’s “Euphoria” hand-in-hand with creator Sam Levinson and its trans star Hunter Schafer. He’s one of a rising trend of trans professionals brought in to consult with creators and crew, giving notes in preproduction on the script, leading seminars with crew members on being respectful and inclusive and even just lending moral support for the trans star when things get uncomfortable.

Also Read: 'The Craft: Legacy': Teen Witches Are the New 'Weirdos' in Trailer for Sequel (Video) 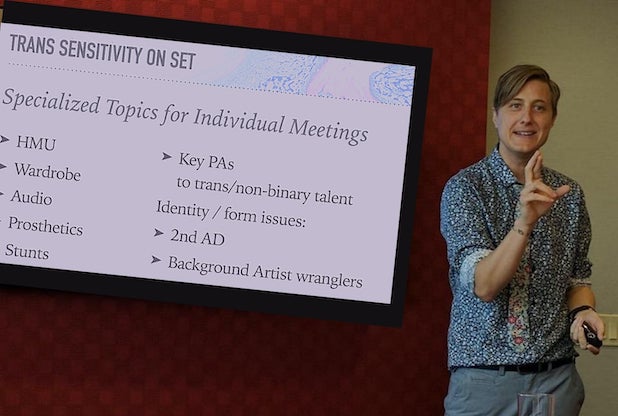 Scott Turner Schofield on the set of “The Craft: Legacy” (Photo: Abby Gaskins)

Schofield says he’s been working as a consultant for 20 years educating businesses, schools and other organizations simply that trans people exist. Now, though, he’s been able to pivot entirely to consult within film and TV as Hollywood wakes up to why being sensitive to trans performers is so crucial.

“What I’m able to do is contextualize the trans experience for cisgendered people, what this is and how relationships operate in the world,” Schofield told TheWrap. “There’s a real concerted focus on making sure it’s done right and well, really sensitively. There’s an understanding of the power dynamics that have been at play and have harmed the trans community, and there’s a real sincere desire on the act of creators and studio creators to get it right.”

On “The Craft: Legacy”, Schofield reviewed the script in pre-production, first reviewing the material to see that it avoids harmful tropes that for years have been prevalent when showing trans characters. It could be as simple as the trans person being the butt of a joke or as extreme as the notion that a trans person is lying to trap you into a sexual relationship, something that for years has gotten trans individuals killed.

Also Read: How 'The Craft: Legacy' Made an Inclusive Space for Trans Star Zoey Luna

Lister-Jones’ script didn’t require any such overhaul, but he did make minor revisions in adjusting the language. He even contributed to one of Luna’s best lines, a moment that clearly identified her as trans and gave her a moment of agency. It happens when one of the teenage witches in “The Craft: Legacy” says that the gift of being able to give birth shows that all women have some magic in them. Luna then corrects her and says not all women have that power, but that “trans girls have their own magic too.”

“I think it is so important for a storyteller to be really aware of the power of language, and to be working with organizations like GLAAD and consultants like Scott to really be hyper diligent about the ways that we use language and inclusivity,” Lister-Jones said. “They were seemingly small shifts in language which I think is such an important lesson, because it’s something that those of us outside the trans community might not see as sensitive.”

Like the work done by intimacy coordinators, Schofield clarifies that his work is never about censorship. He’s not there to police but to serve the director, tell the best story and help the actors better focus on their work. 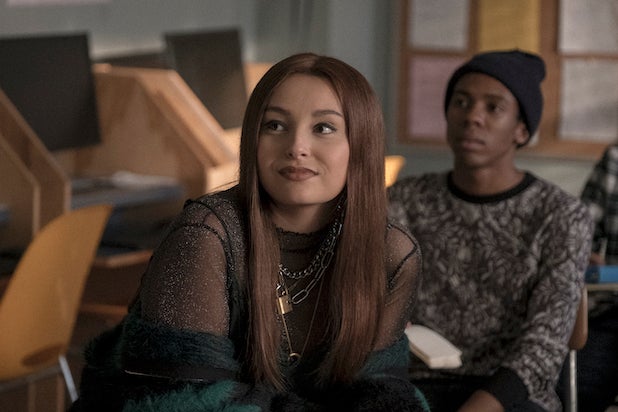 One story he frequently tells is about an actor who was ready to perform an intimate scene, only to hear a production assistant through a walkie talkie whisper, “I can’t believe that used to be a man.” It’s the sort of comment that would make it impossible for any actor to do their job and exactly what he’s training people to avoid.

“As a consultant something I always say is, if you knew what harm this would do, you wouldn’t do it,” he said. “When people recognize that, the world into which something is going into is one in which trans people are living under an existential threat, that there is an epidemic of violence against us, that it’s hard! Just getting up in the morning takes a lot more than it does for cis people.”

But as on “Euphoria,” “The Craft: Legacy” then brought Schofield to speak with the crew on the day of the production’s sexual harassment seminar. He gave everyone a quick “trans 101” on simple etiquette, what pronouns to consider or where tell them to find the bathroom, the “tiny things.”

He then goes more granular, instructing anyone who might come into contact with a trans person’s body in an intimate way, be it hair and makeup or stunt crew. And that attention to detail paid off.

“All of the women that were so aware and educated before even meeting me is what made the set feel so safe, getting to work with these women that are just very intelligent and aware of their own feelings, helped them be aware of my feelings and my boundaries,” Luna told TheWrap. “I finally had the family sense on a set for the first time. I’m just so grateful for everyone that was so great to work with.”

Lister-Jones said that after working with Schofield, a trans inclusivity seminar should be mandatory for any film set or workplace environment.

“It was so enlightening for so many people, especially because Scott is a trans man. He was really speaking from his own experience and talking about the way in which microaggressions impacted him personally and how harmful they were even if the intent was not meant to be harmful,” Lister-Jones aid. “That just resonated so much with so many people. He was such an asset in the process, and throughout he made himself available any time I had a question around language or inclusivity or the way I’m using language, he’s just so generous.”

GLAAD has been doing the work of inclusion training and awareness for decades, but the organization saw a rise in attention toward trans issues after the success of “Orange Is the New Black,” “Transparent” and the prominence of Caitlin Jenner and Laverne Cox in the media. And GLAAD says Hollywood really started changing following the backlash Scarlett Johansson received for taking and later backing out of the role of a trans man in the film “Rub & Tug” back in 2018. Since then though, films have lagged behind TV, and GLAAD found in its most recent study that trans characters had been largely invisible from studio films for several years in a row. 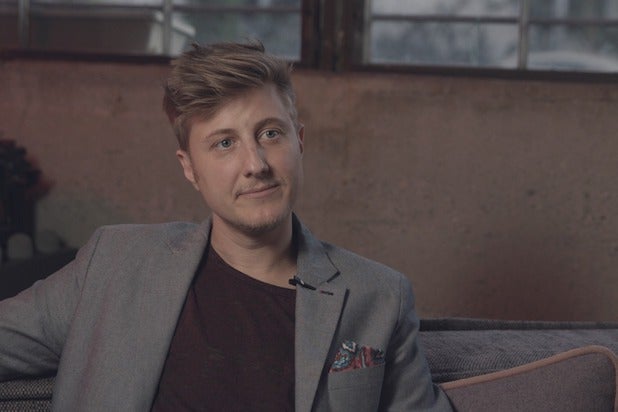 So while the role of a trans consultant is hardly new, GLAAD is now working more closely with executives, writers rooms, marketing and PR reps and creators in educating on the past, present and future of trans issues. And when a project demands more resources, GLAAD can either embed a representative on a set or recommend an outside consultant such as Schofield.

While GLAAD had no involvement on HBO’s “Euphoria,” they acknowledge that TV has vastly outpaced film when it comes to positive trans representation, but “The Craft: Legacy” is a step in the right direction.

“Since GLAAD began the Studio Responsibility Index in 2013, major studio films have either left out transgender characters entirely or included minor characters that were deeply offensive. By writing one of four lead witches as trans teenage girl Lourdes and casting Zoey Luna, a talented trans Latina actress, to play her, ‘The Craft: Legacy’ from Sony is charting a new course for inclusion in a major studio release,” Alex Schmider, GLAAD’s associate director of transgender representation, told TheWrap. “GLAAD was proud to help writer/director Zoe Lister-Jones and Blumhouse with this casting and are so excited for audiences around the world to see Lourdes onscreen, a powerful trans girl on her own and in her witch coven.”

Not only did “The Craft: Legacy” employ a consultant for its trans character, it employed someone to consult about the film’s witchcraft and occult elements. It seems obvious that a film about witches would try and get at least those basic details right.

In that sense, Hollywood is starting to realize it’s not enough to speak with any trans person to get their experience. You need to include knowledgeable experts who can help creators tell a range of stories that for generations have gone untold.