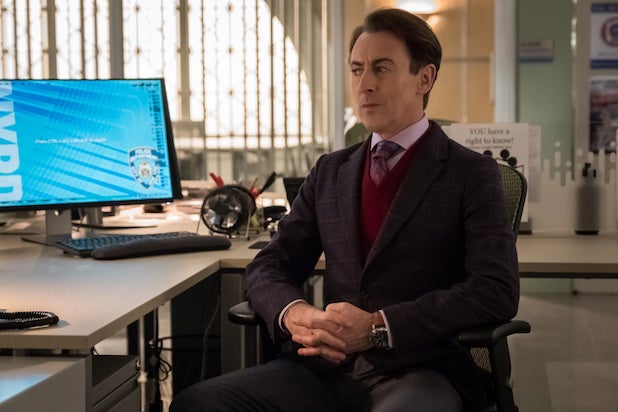 “Instinct” showrunner Michael Rauch apologized Monday for a plotline of the CBS drama that was remarkably similar to one on “Bones.”

“Yeah, heard about this. Very distressing and 100% unintentional. Looking into it and how to make sure it doesn’t happen again. And of course apologies to Bones (and their fans),” Rauch tweeted.

Sunday’s “Instinct” episode, titled “Secrets and Lies,” about the murder of an Amish teenager who moved to New York City, echoed a 2009 “Bones” episode dubbed “The Plain in the Prodigy.”

In both shows, the Amish victims had secretly built makeshift pianos (one from popsicle sticks, the other out of rocks), which led detectives to a piano teacher. A representative for CBS did not immediately respond to TheWrap’s request for comment.

The coincidence did not go unnoticed by eagle-eyed “Bones” fans.

Umm, anybody else find parts of tonight’s episode of #Instinct are completely duplicated from an old episode of #Bones? It’s kind of ridiculous.

Glad I’m not the only one who noticed #Instinct “borrowing” plotless from #Bones ???’ pic.twitter.com/BwXlXqGHiF

I loved the first two episodes of Instict but the third one was a total disappointmnet and a case plagiarism from tv show Bones!???? This rude unoriginality of the Instinct writers will certainly cause some fan loss and I hope they get sued????

“Instinct” in based a James Patterson novel and premiered on March 18. “Bones,” starring Emily Deschanel and David Boreanaz, was canceled by Fox in March 2017.

Helping them is Julian Cousins, Dylan’s invaluable CIA comrade who rivals Dylan in brilliance and wit, and can get top-secret dirt on anyone, anywhere, anytime. Lizzie’s boss, Lt. Jasmine Gooden, is glad to see her best detective finally agree to work with someone on a case, since Lizzie has refused any partner since a tragic event one year ago. But as Dylan feels reenergized tapping into his old skill set, his husband, Andy, is concerned that Dylan’s breaking their pact about putting away his cloak and dagger for good. Though Dylan and Lizzie initially clash, when it comes to catching killers, they realize they will make an ideal team if they both trust their instincts.