Does “The Batman” take place in the DCEU?

That, indeed, is the question, especially when it comes to the complicated nature of Warner Bros’ DC adaptations. If you’re wondering where Robert Pattinson’s take on the Dark Knight fits into the overarching storyline of the DC cinematic universe, you aren’t alone. And don’t worry – we have you covered! 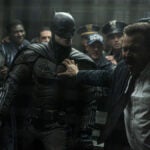 What Is the DCEU?

As we now know, there are few things as confusing as the so-called DC Extended Universe, which was meant to be Warner Bros. and DC Comics’ answer to the Marvel Cinematic Universe – a series of interlocking movies where characters could hopscotch across franchises and spin-off into their own solo adventures. It didn’t exactly happen that way.

Initially full trust was put into filmmaker Zack Snyder, whose somber vision for the superheroes (less mortals gifted with amazing abilities than gods who fell to earth) was in marked contrast to the candy-colored Marvel escapades. When audiences started to sour on this take, first with the underwhelming response to Snyder’s “Batman v. Superman: Dawn of Justice,” Warner Bros. had a crisis of conscience and removed Snyder from the already-filmed “Justice League.” We don’t need to relitigate this mess, but they brought in Joss Whedon, the movie still bombed, and years of fan-campaigning led to Snyder ultimately completing his remarkable (but still quite dour) 4-hour-plus version of the superhero team-up movie (you can watch it now on HBO Max).

Further complicating matters is the fact that a few of the properties that originated with Snyder’s version of the DC Universe, including Aquaman (played by Jason Momoa), Wonder Woman (Gal Gadot) and The Flash (Ezra Miller) are popular and their franchises are still continuing. (A third “Wonder Woman” movie is in development and “Aquaman and the Lost Kingdom” and “The Flash” hit theaters later this year.)

In the Snyder-originated continuity, Ben Affleck is (for now) still Batman. In fact, he appears in “The Flash” as Batman, alongside Michael Keaton, also as Batman (reprising his role for the first time since 1992’s Tim Burton-directed “Batman Returns”). The Flash is clearly trapped in the multiverse of madness, or at least a multiverse of madness. Maybe by the end of “The Flash” we’ll know who the definitive Batman of this DCEU really is (if the DCEU is even a thing anymore). But one thing is for sure: Robert Pattinson is not the DCEU’s Batman. 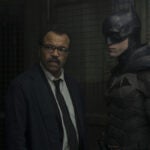 Also Read:
Who Plays [SPOILER] in ‘The Batman?’

So Where Does “The Batman” Fit?

Matt Reeves’ “The Batman” is not part of the DCEU, exactly.

Affleck’s Batman is a hardened hero who has been doing the job for years (maybe decades?) before we finally meet him in “Batman v. Superman: Dawn of Justice.” Pattinson’s Bruce Wayne is in his second year of operation, still learning the ropes and deciding how much force to use (and when). In the movie, he says that he is “vengeance.” But you get a sense that he’s still trying to define what that means and how he can successfully operate as a vigilante amongst the muck and chaos of Gotham. Indeed, Reeves has suggested “The Batman” takes place on “Earth-2” — an alternate universe to the one in which Ben Affleck is Batman.

Additionally, in “The Batman” Bruce Wayne is still meeting several of Gotham’s major villains (at a recent screening Q&A we attended, Reeves said that the movie is less about the beginning of Batman than the origins of his colorful rogues gallery).

“Joker,” released in 2019, was ostensibly the start of something referred to internally as DC Black, meant for more mature or offbeat material that features DC properties but exists far outside the mainstream. (Where Jared Leto’s Joker, who appeared in the first “Suicide Squad” and Snyder’s longer “Justice League,” currently fits in, is anybody’s guess.)

The PG-13 “The Batman” isn’t quite that. It’ll still be used to sell bedsheets and action figures and will undoubtedly launch a sizable franchise of its own. But it would be good to think of “The Batman” and “Joker” in similar terms – they feature characters you know and love but don’t directly impact the adventures of what now forms the core DC characters – The Flash, Wonder Woman, and Aquaman. 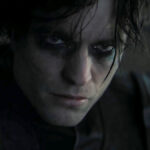 Could This Be Any More Confusing?

It could, actually, especially if you factor in the interconnected series of DC series on The CW and HBO Max. These titles, which range from the long-running “The Flash” to things like “Legends of Tomorrow,” “Titans,” and “Doom Ptrol,” exist in their own pocket universe. They often comingle amongst themselves (there’s usually a big “event” crossover at least once a year on The CW) and occasionally bring in characters from the movies as a hat-tip to what’s going on there (for example Ezra Miller, the big screen Flash, has shown up on the small-screen “Flash” but only as a brief cameo), in many ways successfully enacting many of the ideas and principals that the DCEU was founded on.

Add to this the fact that DC, Warner Bros. and HBO Max are finally doing direct spin-offs from the movies. The first of these series, “Peacemaker,” recently debuted on HBO Max and firmly exists inside DCEU continuity. And there are spin-offs of “The Batman” coming to the streaming platform shortly – including one that follows the ascent of Colin Farrell’s The Penguin as he rises in the ranks of the Gotham underworld. (But, of course, all of the things related to “The Batman” are their own thread of the continuity.)