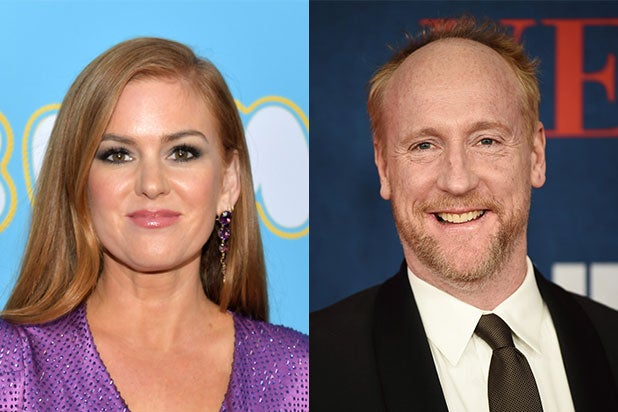 “Unplugging” follows Dan and Jeanine Dewerson, who don’t really have that much spark in their relationship anymore. Their daughter only focuses on her iPad. So Dan plans a quiet, relaxing weekend in a remote mountain town with no kids, no phones and no social media. Of course, everything goes crazy as cranky locals and strong edibles get thrown in the mix.

“My favorite films are relatable character comedies and travel adventure,” said Neil-Fisher. “When I was sent this script, I thought, I’ve finally found a cinematic story that is both. I am beyond thrilled to work with amazing comedians like Matt and Isla who can help me create hilarious timeless characters that everyone can relate to.”

Walsh currently stars in “Veep” and he most recently appeared in “Widows” alongside Viola Davis. He will next be seen in the upcoming TV movie “Happy Accident.” He is represented by United Talent Agency.

Also Read: 'Keeping Up with the Joneses' Review: Jon Hamm and Zach Galifianakis Waste Their Time, and Ours

Fisher’s film credits include “Wedding Crashers,” “Confessions of a Shopaholic,” “Rise of the Guardians,” “Now You See Me,” “Hot Rod” and “Keeping Up With the Joneses.” She will next be seen in “Greed” and “The Starling,” the latter opposite Keanu Reeves. She is also represented by UTA.

Neil-Fisher’s editing credits include “The Hangover” series, “Baby Mama,” “Transformers: The Last Knight,” “Fifty Shades Freed” and most recently, “A Dog’s Way Home.” She is represented by Kaplan / Perrone Entertainment and The Gersh Agency.