SXSW film producer Janet Pierson brought a lot of famous faces to Austin this week, from Seth Rogen to Hal Holbrook, but when asked to list her favorite movies of the festival, she goes for the end of the spectrum. 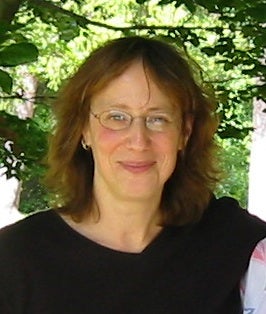 Pierson names the Japanese bug documentary "Beetle Queen Conquers Tokyo," the divisive portrait "Brock Enright: Good Times Will Never Be the Same" and the ultra-low budget narrative "Creative Nonfiction" as the ones at the top of her list.

Her preferences illustrates a key aspect of the SXSW programming approach.

"The strategy was to make sure we discovered new voices," Pierson said shortly before introducing a screening of the popular SXSW documentary "Winnebago Man," one of many screenings scheduled for the tail-end of the conference.

At the same time, the program contained a palpable studio presence, from the Universal double-bill of "Bruno" footage and a work-in-progress cut of Sam Raimi’s "Drag Me to Hell" to Paramount’s Paul Rudd vehicle, "I Love You Man."

Additionally, Pierson made sure to include several popular entries from January’s Sundance festival, taking a cue from last year’s inclusion of 10 Sundance titles. "We’re seeing hundreds of films," Pierson said of the programming processing. "You want some with interesting subjects, but you’re keeping an eye for range."

Pierson’s new role as SXSW film producer had her filling some big shoes, since her predecessor, current Cinetic Right Management head Matt Dentler, spent several years building up the reputation of the festival as a haven for contemporary independent cinema. "I used his program as a blueprint," Pierson said. "I didn’t know until I went through the experience how it would vary. And I still don’t know how he would have programmed it this year."

Dentler’s move to CRM to manage digital initiatives for independent filmmakers reflected a change in the environment of festivals, now that many filmmakers view them as a replacement for a theatrical run now that finding distribution has become an uphill battle.

This year, SXSW also reflected that change, with IFC Films’s Festival Direct program, in which the company premiered several films via its cable on-demand service on the same days as the festival screenings. When Pierson and IFC announced this plan at Sundance, many festival programmers and other members of the industry worried that it would endanger their process by diminishing the importance of the actual festival.

Pierson tried to assuage those fears. "I’m not worried," she said. "There’s nothing like the face-to-face experience, but I also understand that for these filmmakers, it’s hard to reach their audiences. If a festival can help with that, I’m interested."