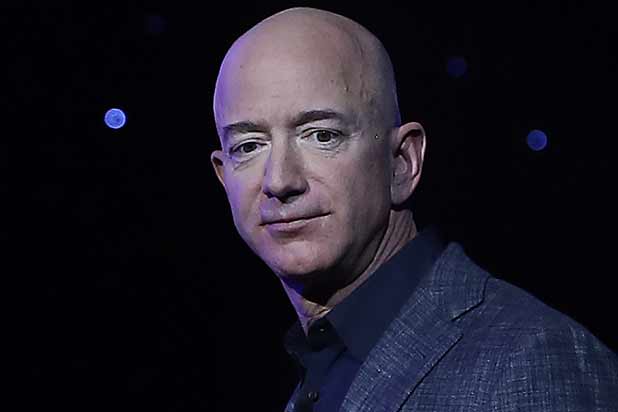 Amazon CEO Jeff Bezos has filed a motion to dismiss the defamation lawsuit brought against him by Michael Sanchez, the brother of his girlfriend, Lauren Sanchez.

In court documents filed Monday in Los Angeles Superior Court, Bezos says that Michael Sanchez “betrayed” the couple and then “exploited his own leaks to the Enquirer by seeking attention from the press, inserting himself into story after story.” Bezos says that countless reports, as well as a statement by the National Enquirer, “exposed the appalling truth that Michael Sanchez betrayed his sister by selling her out to the Enquirer by providing it with personal information and text messages after he was paid $200,000.”

“Extortion rears its head again in this lawsuit,” the documents continue. “By filing this lawsuit, Mr. Sanchez hopes to put himself back on the front pages and extract money from Defendants by leveraging the current media environment to harass them. But no matter what Michael Sanchez says or how many times he repeats himself, at the heart of his Complaint lies the same public controversy he helped generate and has tried to exploit — and from which he surreptitiously earned $200,000.”

In the filing, lawyers for Bezos and his security chief, Gavin de Becker, argue they never specifically accused Michael Sanchez of leaking the nude photos to the Enquirer. They are seeking to have the lawsuit dismissed.

On January 31, Michael Sanchez filed a defamation lawsuit against Bezos and de Becker, accusing them of spreading false statements blaming Sanchez for leaking texts and nude photos of Bezos to the press.

Sanchez said that Bezos “falsely stated that Mr. Sanchez was the source of graphic, nude photographs of Mr. Bezos.” The texts and photos were published last January by the National Enquirer. Bezos responded by saying that AMI (who publishes the National Enquirer) blackmailed him by threatening to publish the photos unless Bezos and his investigator made “specific false public statement to the press that we ‘have no knowledge or basis for suggesting that AMI’s coverage was politically motivated or influenced by political forces.'”

In the lawsuit, Michael Sanchez said he never had the photographs in question. He is suing both Bezos and de Becker for defamation and intentional infliction of emotional distress. Sanchez is seeking unspecified damages.