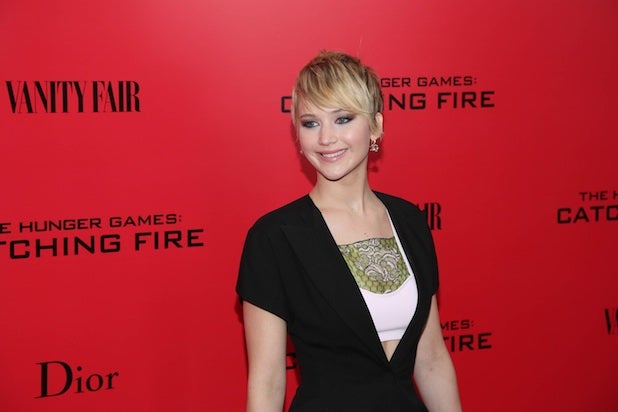 One person’s invasion of privacy is another person’s art, apparently.

The nude photos of “Hunger Games” actress Jennifer Lawrence and model Kate Upton that leaked onto the internet will be the subject of an exhibit by Los Angeles artist XVALA.

The show, titled “No Delete,” will feature the images “life-size and unaltered,” according to Cory Allen Contemporary Art (CACA), which is hosting the show.

“No Delete” will comprise XVALA’s seven-year collection of images found on Google that feature celebrities “in their most vulnerable and private moments.” The show, to be held at CACA’s The Showroom in St. Petersburg, Fla., is part of the artist’s “Fear Google” campaign.

XVALA said that his “Fear Google” campaign addresses the erosion of privacy in the modern era.

A spokesman for the show has not yet responded to TheWrap’s request for comment.

“In today’s culture, everybody wants to know everything about everybody,” the artist said in a statement. “An individual’s privacy has become everyone else’s business. It has become cash for cache.”

XVALA has created similar works in the past. In 2007, he displayed an image of Britney Spears with a shaved head, and in 2011 he posted the leaked nude photos of Scarlett Johansson in the streets of Los Angeles with his “Fear Google” logo covering her private parts.

Over the weekend, nude photos of Lawrence, Upton, Selena Gomez, Kirsten Dunst and others spread across the internet, which was initially attributed to a breach in the celebrities’ iCloud accounts. Both the FBI and Apple launched investigations, though Apple later denied that a breach had occurred, saying, “None of the cases we have investigated have resulted from any breach in any of Apple’s systems including iCloud or Find my iPhone. We are continuing to work with law enforcement to help identify the criminals involved.”